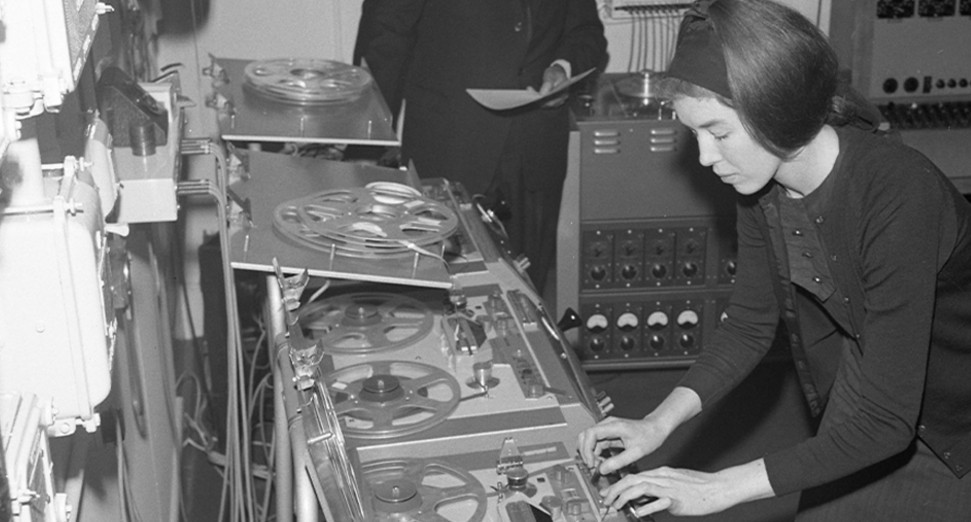 A new documentary drama film about the life of electronic music pioneer Delia Derbyshire has been aired on BBC Four, and is now available to watch again via the BBC’s iPlayer on-demand service.

Written, directed by and starring Caroline Catz, ‘Delia Derbyshire: The Myths and the Legendary Tapes’, premiered at the BFI London Film Festival in 2020, chronicles both the musician’s experiments in sound and emotional connection to “another realm” created through her work to set out early blueprints for synthesised sonics. Archive videos, including interviews, are juxtaposed with re-enactments to help tell the story.

The film features a soundtrack by Cosey Fanni Tutti and original recordings by Derbyshire, who was also featured in another recent documentary, ‘Sisters With Transistors’, which celebrates a number of female electronic music pioners including Suzanne Ciani, Laurie Spiegel and Pauline Oliveros, and debuted at London’s Barbican Theatre last November.