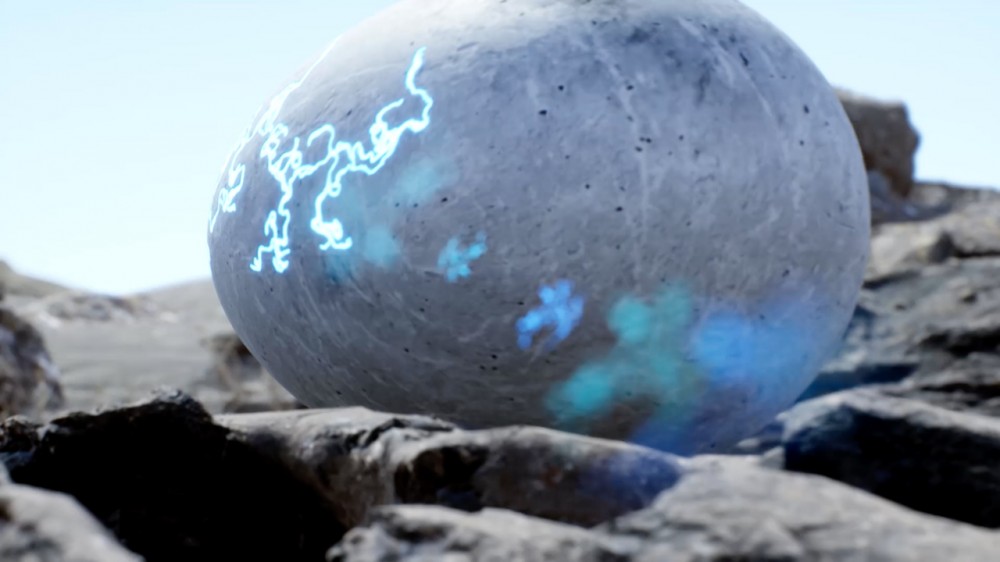 Lau Andersson and Salik Roos, who together make up the AV duo Organs Named They Like You, chase swarms of dark matter and alien lights around an extraterrestrial egg.

For her fourth full-length album the Danish experimental producer Xuri, formally known as Yuri, wanted to mark her continually frustrated desire to connect and collaborate during a year in which such exchange was impossible with an album that celebrated exactly that. Bedlam Of Salt was born out of this urge, seeing the producer combining her technicolor industrial sound with the ethereal vocals of French duo Lueurs Nocturnes and collaborating with cellist Oliver Vaupel and percussionist Hasse Bruun.

Shedding her old moniker, a rebirth symbolised by the alien egg that features heavily in the album’s accompanying artwork, Xuri weaves these analogue sounds into her intricate digital compositions, which flit from surging techno to gossamer ambient. For the anthemic centre-piece of the album, ‘Kali’s Dance’, the producer has enlisted the talents of AV artists Lau Andersson and Salik Roos, who together make up the AV duo Organs Named They Like You. As we chase swarms of dark matter and extraterrestrial lights around a sci-fi landscape, Xuri’s egg draws in ecstatic energy, ready to be hatched.

“‘Kali’s Dance’ is a valve for dreams and frustrations in a temporarily subdued life,” explains Xuri. “It’s about breaking down barriers and conformities and seeking out commune in collaboration. With the global restraints of 2020 I wanted to focus more on the collaborative side of producing, with this track featuring the beautiful voices of French duo Lueurs Nocturnes, transforming the club element into something ethereal as well.”

‘Kali’s Dance’ is taken from Bedlam Of Salt, which is out now on Copenhagen’s cassette label Janushoved. For more information about Xuri’s music, you can follow her on Instagram.