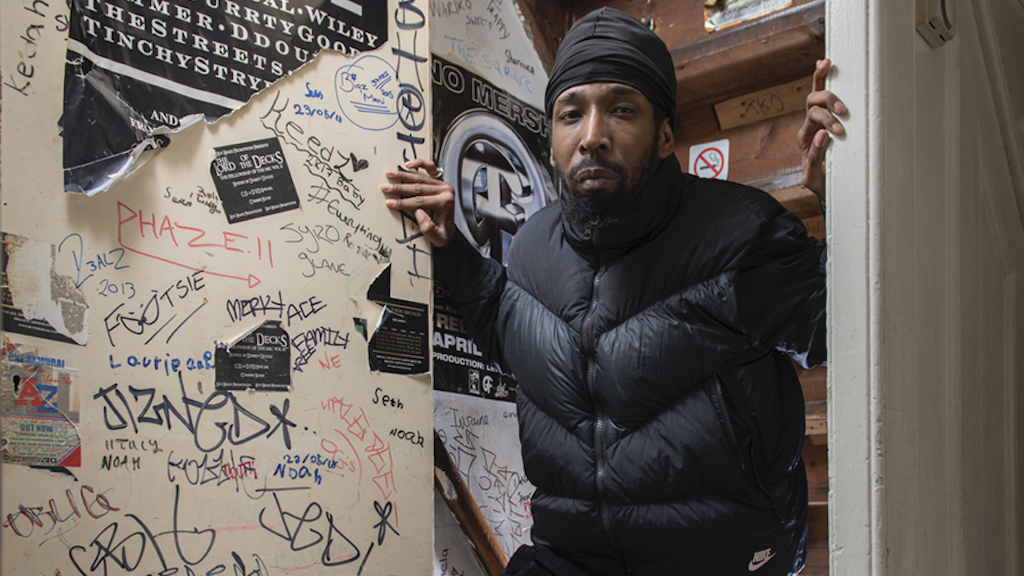 Grime Stories: from the corner to the mainstream explores the history of grime and features Skepta, Jammer and Roony “Risky Roadz” Keefe.

Opening on 17 June, the Museum of London will host the free entry exhibition Grime Stories: from the corner to the mainstream. The newly-announced exhibition will trace the growth of grime – from its east London roots in the early 2000s to its impact and presence across mainstream music today. The display will include films, personal artefacts from key figures within the scene and a panoramic illustration by Willkay.

The exhibition has been co-produced by Keefe, who was one of the earliest filmmakers documenting grime. Footage featuring Skepta and DJ Slimzee will show the growth of these grime artists and how pirate radio, such as Rinse FM, provided an integral platform and outlet for their music.

Elsewhere, a film interview with grime MC and producer Jammer looks at how his legendary basement – known as the Dungeon – became the home of seminal MC battle series Lord of the Mics. The exhibit will also feature a piece in collaboration with Ruff Sqwad Arts Foundation, looking at the future of grime from the perspective of emerging talent within the scene today.

Grime Stories: from the corner to the mainstream will be open everyday from 10am (GMT) through to 5pm (GMT) from 17 June. Entry to the museum and the exhibition will be free. Full details can be found on the Museum of London’s website.