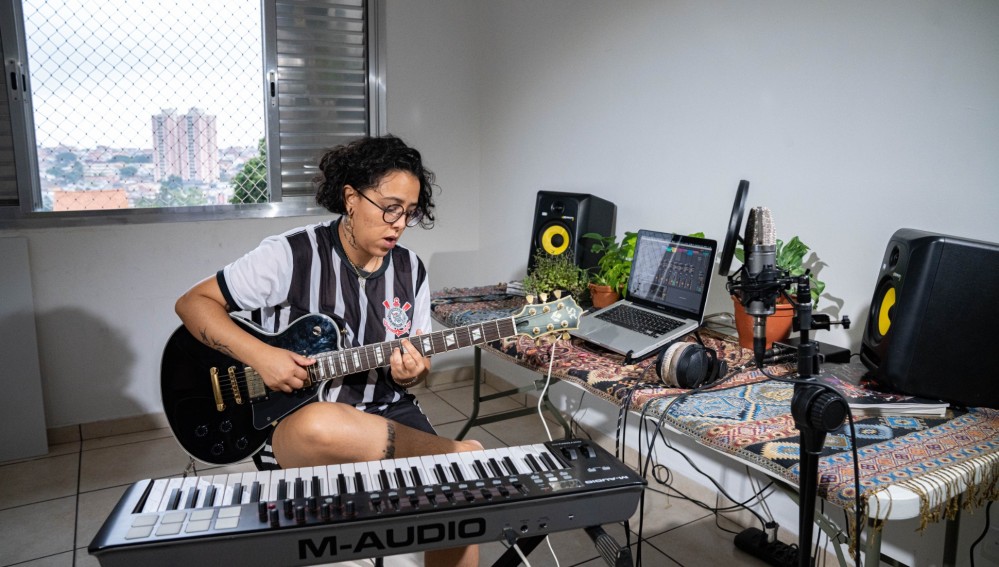 On this episode, we travel to São Paulo to visit the studio of BADSISTA, DJ, producer and co-founder of feminist DJ collective Bandida who also has connections to the city’s Tormenta crew.

Although BADSISTA is typically known for producing full-throttle edits and explosive club tracks, her ATC session takes a slightly more laid-back approach. “What you can expect from my Against The Clock is keyboards, guitars, vocals. I think more positive vibrations now,” she says. “I think I want to listen to beautiful melodies and cry in my room!”

While the track makes use of baile funk samples and kuduro-inspired percussion BADSISTA’s own vocals provide the focal point. “Right now I’m trying to leave my inhibition behind and sing more, because I’m starting to enjoy my voice again but I’m still too shy to sing and go up on stage with a microphone, but I’m working on that,” she says.