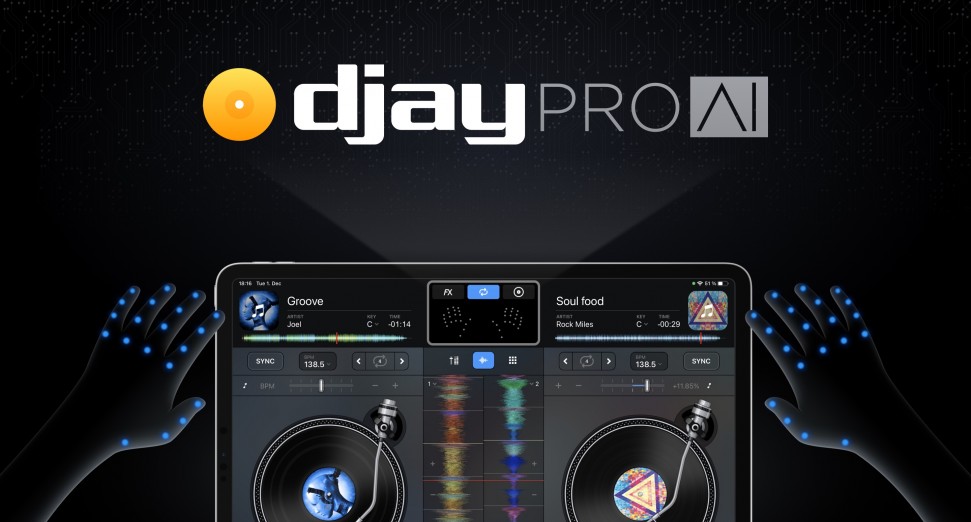 Algorridim’s djay Pro AI has announced a new hands-free DJing feature for their iPad app. Using the camera on the iPad, you can use hand gestures to add FX, scratch, apply filters and loop tracks. You can activate the effect by clenching a fist with one hand and by moving the other hand around an X/Y that appears on the screen.

Other features include using clap gestures to trigger transitions from one track to the other. The app uses the new A14 chip in the iPad and builds on the previously announced stem separation in djay Pro AI.

“The ability to mix music using djay Pro AI’s intelligent, built-in hand tracking technology represents a fundamental change in how DJs are able to orchestrate mixes and adds a new visual dimension to live DJ sets,” said Karim Morsy, CEO of Algoriddim. “Gesture Control is a new paradigm with implications beyond DJing and music creation. It is a major step forward with how people interact with mobile technology.” Watch the video below for more info. You can download djay Pro AI here.