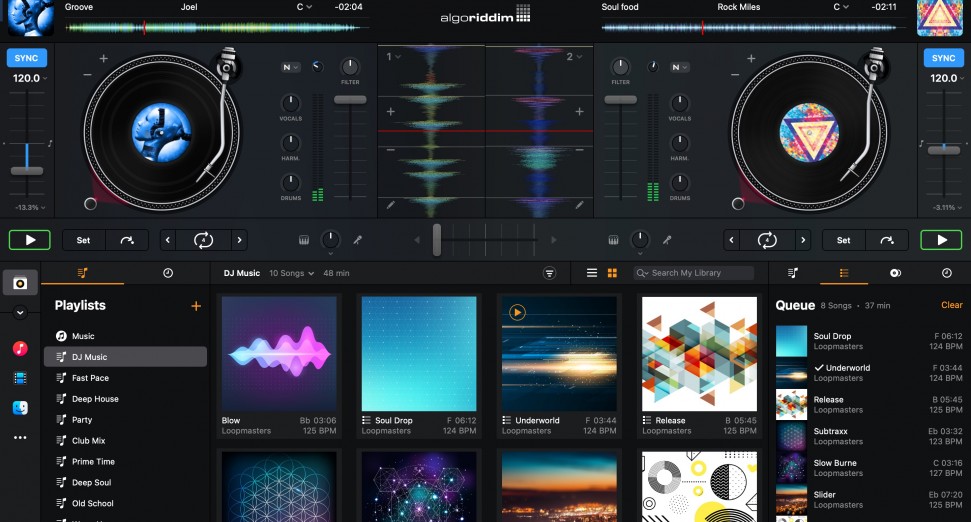 Algoriddim has introduced a new version of their super popular DJing software djay. Djay Pro AI uses their custom-made artificial intelligence called Neural Mix FX to separate stems in real-time and add FX to individual components such as drums, vocals etc within a mixed file. You can also loop stems individually to the rest of the track.

Neural Mix FX makes it possible to isolate stems such as vocals, drums, instruments and melodies and remove them or solo them, so you can mix component parts, rather than the full mixed track. They’ve also updated the GUI to take advantage of the new features, added 40 new effects that also take advantage of the M1 chip, while there’s the usual isolator EQ, video mixer, streaming directly from Beatport and TIDAL and SoundCloud, integration with over 100 hardware controllers and access to Algoriddim’s extensive library of samples and loops.

While djay Pro AI takes advantage of the M1 chip, there is also backwards compatibility to some of the functions will still work without the M1. Pro AI is free to download from the App Store, with an optional subscription of $6.99 per month to unlock all content and features.