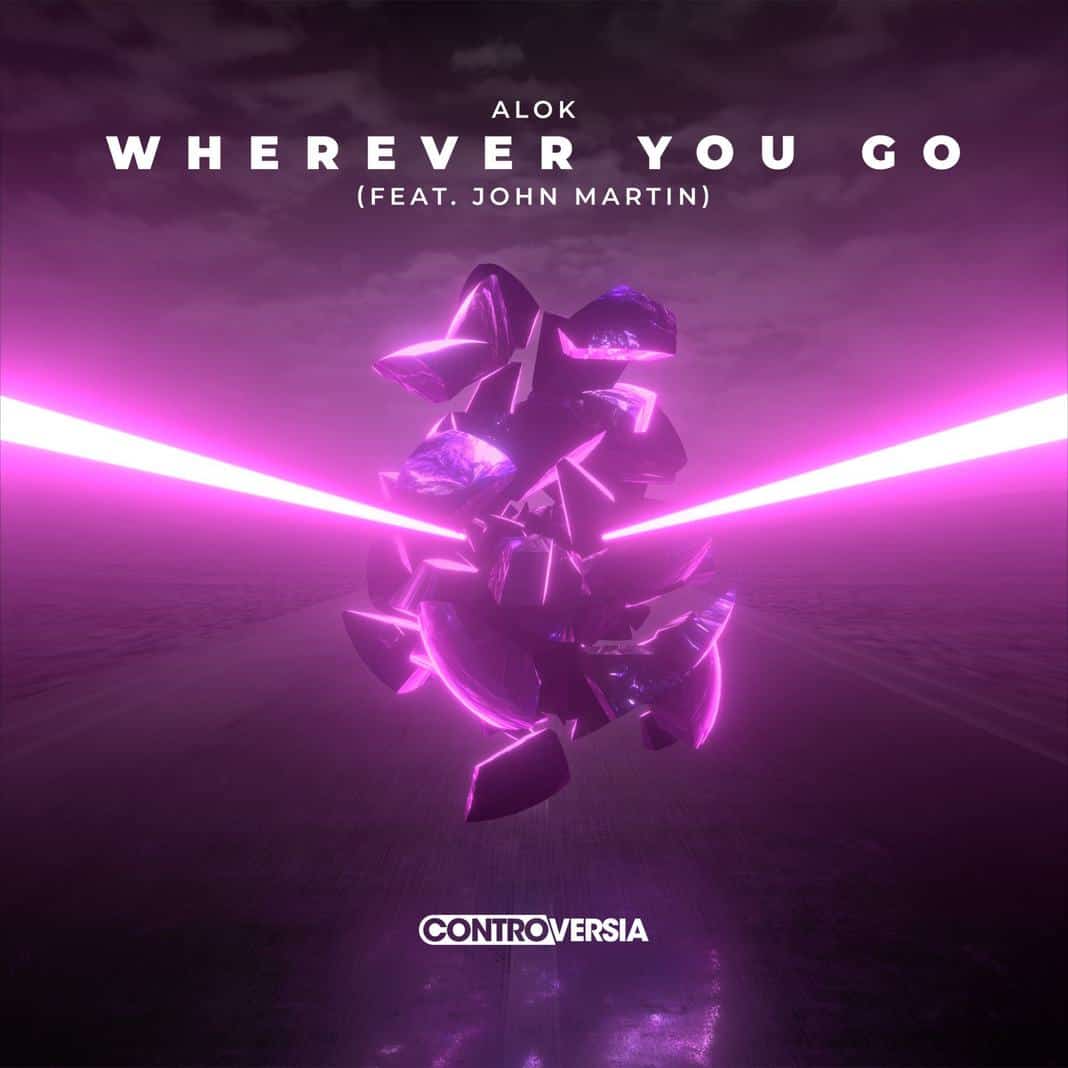 Entering into the Autumn in fine style, ALOK’s status as the biggest Brazilian artist has continued to excel. From his rising position in the DJ Mag Top 100 DJ’s poll to #4 for 2021, over to 20 million monthly global listeners and collaborations with superstar John Legend and more, ALOK recently also was part of the revolutionary Global Citizen Live series of worldwide performances alongside names including Billie Eilish, BTS, and Elton John, streaming live with glorious cinematics direct from the Amazon Rain Forest alongside the Guarani indigenous tribespeople to support poverty and climate change. Now, for the next chapter in both his own release and the latest in a string of impressive CONTROVERSIA omissions, he now joins forces with John Martin on ‘Wherever You Go’!

John is no stranger to the scene, having hypnotized audiences with his spellbinding sound, ever since his breakthrough a decade ago with co-writing and vocal accolades alongside Swedish House Mafia (‘Save The World’/ ‘Don’t You Worry Child’), Avicii (‘Fade Into Darkness’), Martin Garrix (‘Now That I’ve Found You’ / ‘Higher Ground’) and more! Now, bringing his stylistic skills to ALOK’s Controversia on this next, essential release, ‘Wherever You Go’ brings a radio-ready, dance-sprinkled sound to the fore that will have fans beaming with delight.

Commencing with a tropical-leaning flavor, elevated by panpipes and a house-edged melody, John’s vocal soars “I’ll be the last man standing/ to keep you safe from the storm”, drawing in the listener with a message of beauty that elevates Alok’s sunshine-flecked production to new heights. Come the chorus, rising tempos help the message to ring further true, as bold strokes of piano are introduced to add a further depth, synth lines further then rise to cut through the deeper elements bubbling through. “If the world was ending/ you know I’d carry you home/I’d go wherever you go” shines the topline out of the speakers, effervescent and warm in its delivery making for a concoction of a sparkling omission from both artists

Speaking on the collaboration, ALOK says,

“It was great to be able to have John jump on the track, the production was something I’d been wanting to release for a while and to have him elevate the song with his amazing voice, recognizable to so many of us in the scene, meant we were then able to create something truly unique with each of our styles incorporated. I’m excited to be releasing this on Controversia and bring some sunshine and emotion to the Autumn months!”

“As an admirer of his work, we felt honoured and excited when Alok reached out and asked us to contribute to a track he was working on. We’re so happy to be a part of this Brazillian-meets-Swedish all-star team!”

Make sure you get your hands on the irresistible ‘Wherever You Go’ from Alok feat. John Martin –out this November only via Controversia Records