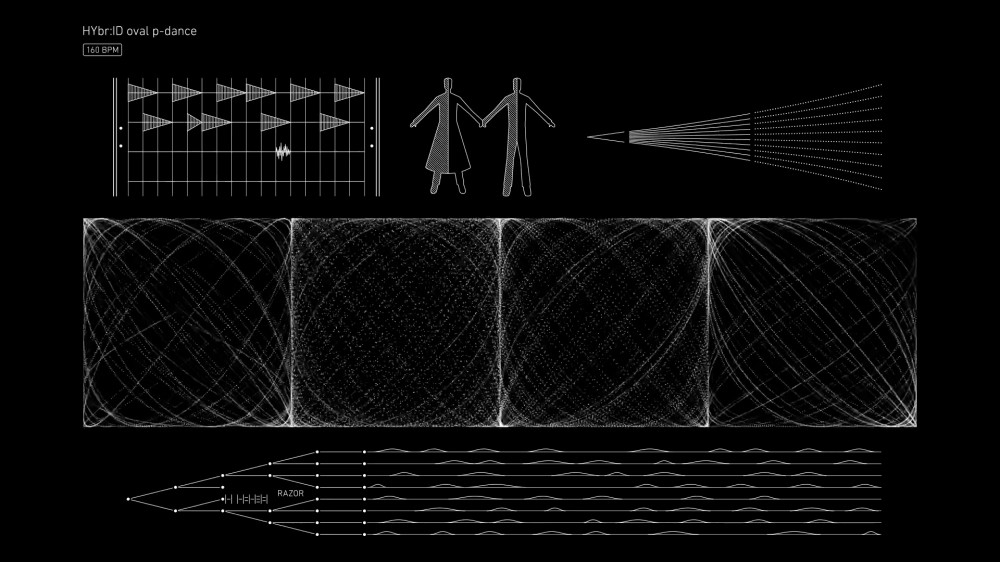 Taken from his new album, HYbr:ID Vol. 1, the first of a new series of releases exploring the artists varied compositional techniques.

Back in 2019 Alva Noto, the musical moniker of artist Carsten Nicolai, contributed the score to Oval, a choreographic piece directed by Richard Siegal and performed by the Staatsballett Berlin at the Berlin State Opera. His contribution is collected on

HYbr:ID Vol. 1,
the first of a new series of releases exploring the artist’s varied compositional techniques.

According to NOTON, “the process of creating HYbr:ID Vol. 1 was defined by the search for a form to bind astrophysics phenomena, fiction, and performance movements.” The album’s cover is adapted from an artwork by Nibo and Nicolai, whose 2014 work unicolor is currently on display as part of group show LUX: New Wave Of Contemporary Art at 180 Studios.

The first single from the album is ‘HYbr:ID oval p dance’, a skippy, 160 BPM slab of techno-adjacent sound design. The track arrives with a monochrome visualiser which features graphic notations informed by the album’s sonic and acoustic codes.

‘HYbr:ID oval p dance’ is taken from
HYbr:ID Vol. 1, which is available to pre-order now. For more information about Carsten Nicolai’s music, you can visit the Alva Noto website.