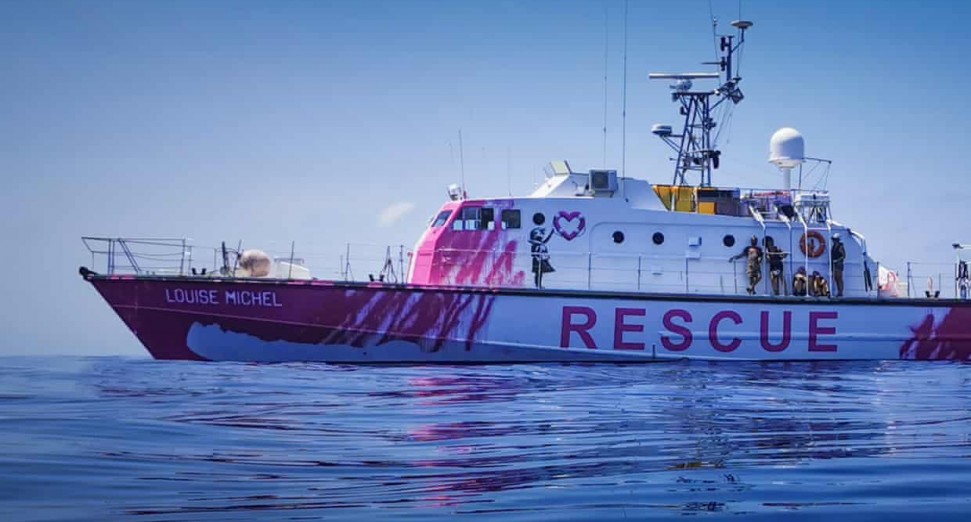 Banksy has financed a boat to rescue refugees who are attempting to reach Europe from North Africa, The Guardian has revealed.

The boat, which is named Louise Michel after a French feminist anarchist, set off in secret on August 18th from the Spanish seaport of Burriana, near Valencia. It’s now in the central Mediterranean where on Thursday it rescued 89 people in distress, including 14 women and four children. It is now looking for a safe seaport to disembark the passengers or transfer them to a European coastguard vessel.

The boat is painted in bright pink and features Banksy artwork which depicts a girl in a life vest holding a heart-shaped safety buoy. The 31-metre motor yacht, which was formerly owned by French customs authorities, is said to be smaller but considerably faster than other NGO rescue vessels. It’s being run by a crew of European activists with long experience in search and rescue operations.

The plan for Banksy to fund the boat came about after the street artist reached out to Pia Klemp, the former captain of several NGO boats that have rescued thousands of people over recent years, via email in September 2019.

“Hello Pia, I’ve read about your story in the papers. You sound like a badass,” the email said. “I am an artist from the UK and I’ve made some work about the migrant crisis, obviously I can’t keep the money. Could you use it to buy a new boat or something? Please let me know. Well done. Banksy.”

Klemp made clear that Banksy’s involvement in the operations is limited just to providing financial backing. “Banksy won’t pretend that he knows better than us how to run a ship, and we won’t pretend to be artists,” she told The Guardian.

Last month, an artwork by Banksy, supporting the wearing of masks, appeared on a tube train on the London Underground.