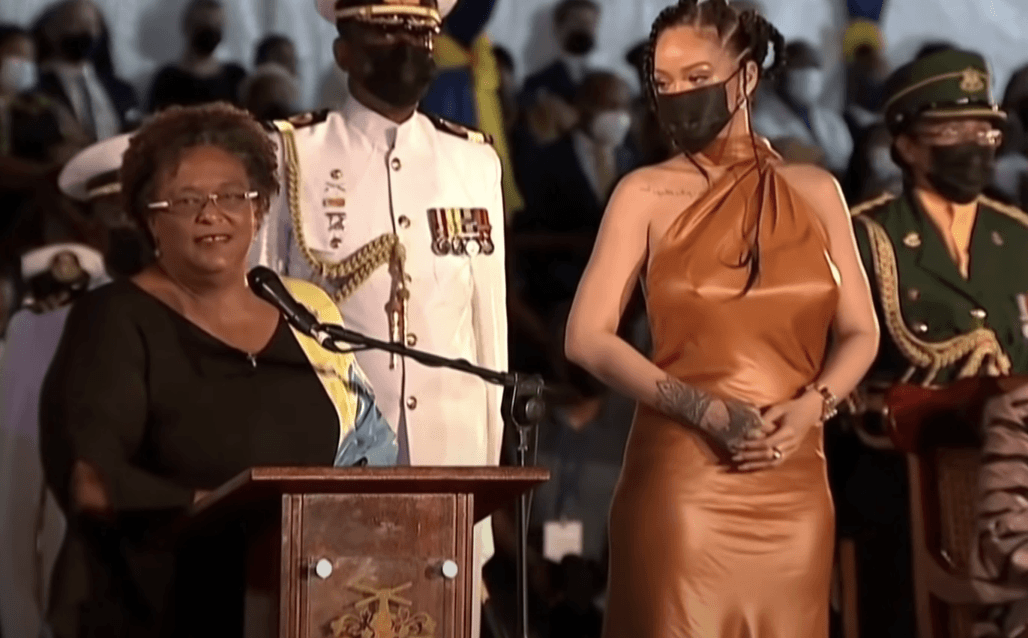 Rihanna has been declared a national hero in Barbados.

The singer and entrepreneur received the national honour today (30 November) in her homeland, Barbados, as it celebrated becoming the world’s newest republic. The ceremony took place in the capital, Bridgetown, and the transition was declared after midnight. It celebrated the Caribbean island’s new constitutional status and marked the ending of 396 years of British monarchical rule. The island achieved independence from British rule 55 years ago.

President Sandra Mason was sworn in by chief justice Sir Marston Gibson. Rihanna was also present at the ceremony, and Prime Minister Mia Mottley quoted the singer’s own lyrics: “May you continue to shine like a diamond and bring honour to your nation by your words, by your actions and to do credit wherever you shall go.”

Prince Charles witnessed the transition and gave a speech, acknowledging Britain’s role in the “appalling atrocity of slavery”.