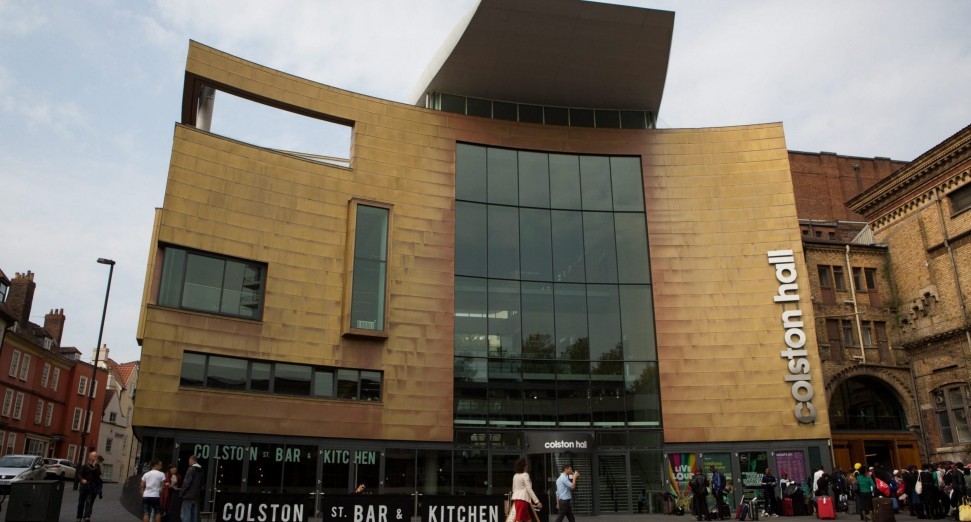 In June, one week after protestors toppled a statue of 17th century slave trader Edward Colston from outside Colston Hall music and arts venue, the venue name was seen being removed from the front of the building ahead of its new title.

Although the venue first announced a name change three years ago, Bristol Music Trust, who own Colston Hall, announced today (23rd) that the venue would now be dubbed Bristol Beacon.

“Since 1867 we have been at the heart of Bristol’s cultural life,” a statement on the Bristol Beacon website reads. “We are so proud and grateful to have played such an important role in our city and the lives of our audiences for so long.”

“We know that our former name, that of the slave trader Edward Colston, meant that not everyone has felt welcome or that they belong in their city’s concert hall. And if we can’t share the joy of live music with everyone, something must change. Our organisation was founded long after Colston’s death, and has no direct connection to him, financial or otherwise. We can no longer be a monument to someone who played such a prominent role in the slave trade.”

The venue has also layed out their ambitions in a Transformation Promise, pledging to build a concert space “that is without barriers”.

You can read more about Bristol Beacon here.

A symbol of hope and community. A place of welcome, warmth and light. An open invitation to the city for everyone to come and share in the joy of live music.