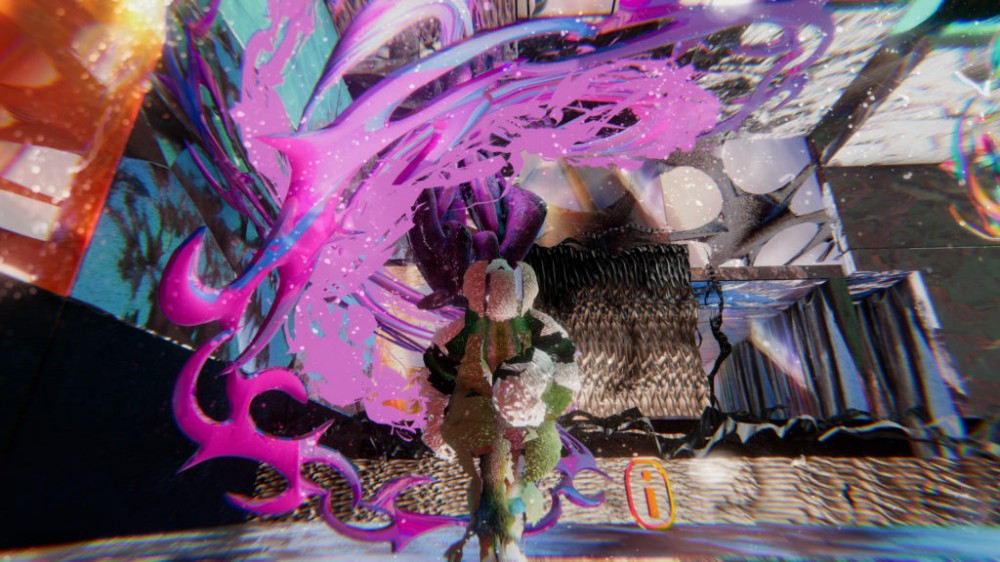 Explore CTM 2021’s virtual festival space ahead of its launch later this week in an exclusive preview.

Due to the pandemic, CTM Festival 2021 has taken place online, with a streaming programme replacing performances and talks in venues across Berlin. However, CTM is bringing people together in a different way with Cyberia, a virtual multiplayer environment and exhibition that allows visitors to explore a digital club space in the form of an avatar.

Featuring multiple rooms, “psychedelic corridors” and outdoor spaces designed by Lucas Gutierrez and sound design from Welsh producer and sound artist Elvin Brandhi, Cyberia is a space that visitors can wander and watch video performances from CTM 2021’s stream programme, while interacting with other avatars via chat, movements and emoji. Portals are hidden throughout Cyberia, which can be used to access digital artworks, including several specially commissioned works from artists including Sote & Tarik Barri, Mouse On Mars & Louis Chude-Sokei and Florence To.

Ahead of Cyberia’s launch on February 13, Fact presents an exclusive video preview of the space, which was created with the developing platform Unity in collaboration with A MAZE – Festival for Games and Playful Media. The walkthrough offers a look at the architecture, art direction and sound design of Cyberia, which will also host experiences from Gabber Modus Operandi, Peaches & Pussykrew and Lucas Gutierrez & Robert Lippok.

Look out for more performances and works from this year’s edition of CTM appearing on Fact over the next few weeks. If you want to visit Cyberia yourself, you can access it free of charge via a web browser or a stand-alone app for Mac and PC. Check out the CTM website for more details.

CTM will be presenting a number of other works and discussions outside of Cyberia during the festival – you can find the full programme here.