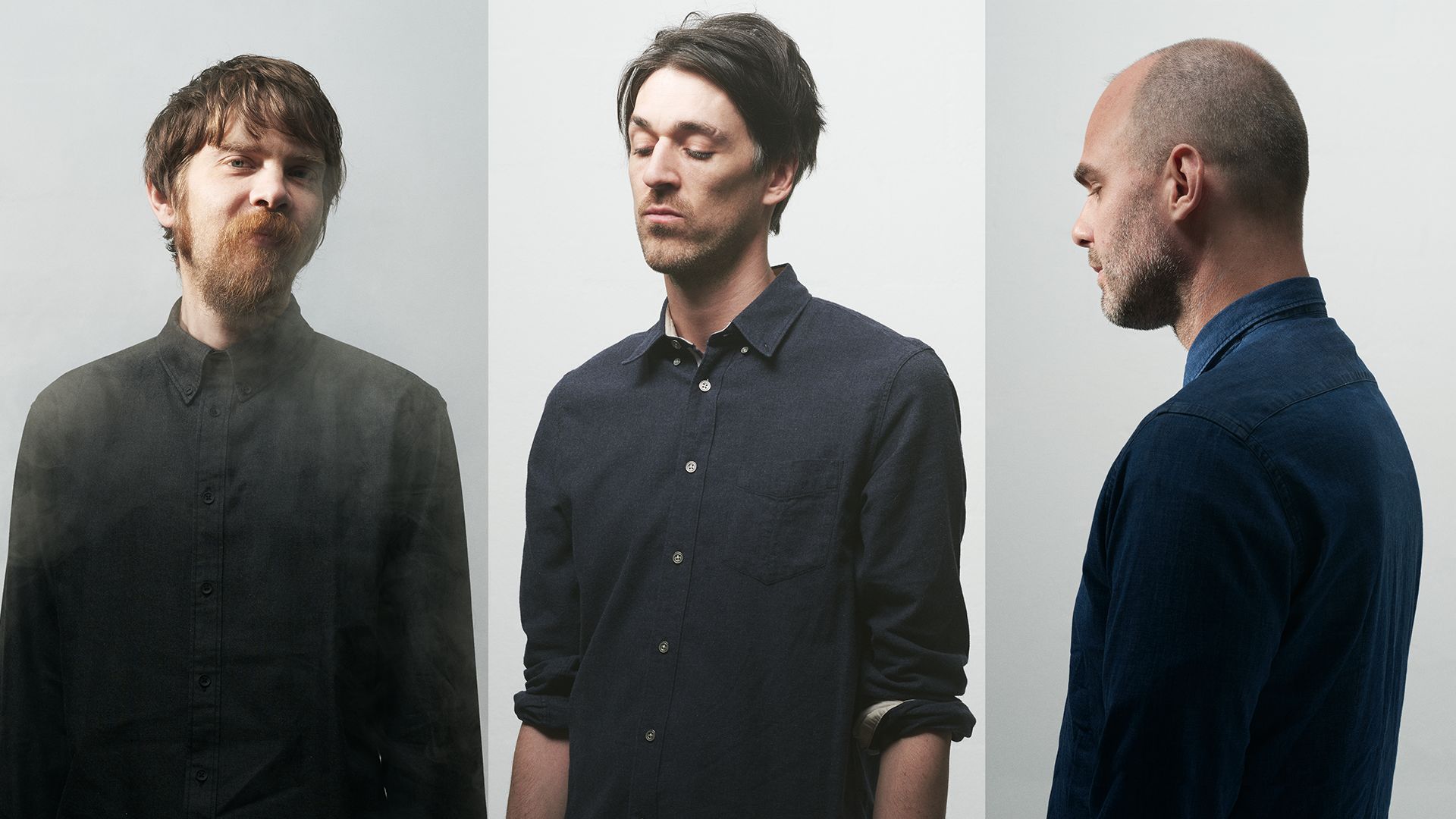 Driven by a deep-rooted impulse for sound design, the three-piece electronic outfit known as Cubicolor has garnered widespread acclaim for their intricate production and hauntingly spellbinding sound. Comprised of Tim Digby-Bell, Peter Kriek, and Ariaan Olieroock, the trio have mastered a propensity for ruminative electronica namely through their 2016 debut album Brainsugar. The success was followed by a poignant decision in 2018, when Cubicolor decidedly stowed away their second album after its completion. A year after starting from the ground up, Cubicolor’s sophomore album, Hardly A Day, Hardly A Night was born and with it—the final piece that the band had strived to realize.

Dancing Astronaut sat down with Cubicolor to discuss their latest album, the thematic inspirations behind it, and aspirations for the future. Read the full interview below.

Cubicolor will perform in London at Oslo, Hackney on April 9. Purchase tickets here.

Congratulations on releasing your sophomore album, Hardly A Day, Hardly A Night. What are the goals this year for you all moving forward?

We’re going to be touring the record here and there and continue to make new music. Hopefully this time we won’t need three years to make the next album! But since we’re over the “second album hurdle” we expect smoother sailing from here on out.

The latest album delves into introspective human topics of time, loss, hope and more. What does this album personally mean to each of you?

The album is a testament to our persistence and our love for music. Even though the process wasn’t easy at all and we had quite a few bumps in the road, we stayed the course, picked ourselves up again, and moved forward. So besides the topics that this album deals with, overall it deals with not giving up. We didn’t give up and we’re still here, stronger than ever!

The emphasis on production and sound design continues to be incredible as always. What were some new techniques and/or equipment that were incorporated into the writing process?

Everything in Cubi is built from the ground up—every sound is created from our range of synthesizers, we make our own plug ins and patches, modular racks and bespoke microphones. We even built our own speakers which we mixed the whole album on. Every sound you hear on the record is the result of meticulous work to make it sound the way we wanted.

How does the creative process look for the three of you?

Being creative is like fishing. You try to create the right vibe and circumstances and hope that you can catch something. Some days you might catch a few and other days you go home empty handed. You can’t force creativity unfortunately so all we can do is try to create the most favorable circumstances and hope for the best! As Picasso said, making art is like fishing—you can’t make a fish, you have to catch one!

Before Hardly A Day, Hardly A Night, there was a completely different album that you scrapped. What were the biggest challenges in starting essentially from scratch again?

We spent quite a lot of energy on the “scrapped” album and we got a bit confused about what we were doing and who we were as a band. So it was a big challenge to try to unconfuse ourselves and to find the energy and freshness again to start over. Somehow we managed this, which is a bit of a miracle!

2016 debut effort Brainsugar garnered critical acclaim and helped solidify Cubicolor as one of the most innovative rising electronic acts. What strengths from Brainsugar do you hope the new album will share? How did you intend for the new album do deviate from the former?

We were trying to integrate Tim’s amazing songwriting with electronic music on the last album. On the new album that has not changed. We stayed more in the realm of the “4 to the floor” on our new album and of course we wrote about topics that are current in our lives now. We didn’t have a masterplan about how we wanted this new album to be different. It just came out the way it came out. It is what it is as they say these days!

Hardly A Day, Hardly A Night‘s release comes with an exquisite album visualizer. Did you have a specific inspiration in mind for the visuals when collaborating with Wide Eyed Studio?

Wide Eyed did an amazing job. We’re very grateful for their hard work and talent. We came with some ideas but generally we just let them do their job. We focus on what we’re good at and let them do what they are good at.

Tim—as a published playwright, how much of that work informs your music and vice versa?

I started getting my poetry published after I left university and had all my sites set on being a poet, much to the terror of my parents. As I progressed, I found that I could have that outlet in my songwriting and it’s found its home there in a very satisfying way for me creatively. I’ve always drawn a lot of inspiration from writers and storytellers and that has had a big influence on the lyrics in Cubicolor, and not only that but the role the vocal plays on the records.

Peter and Ariaan—you two have an extensive history producing as 16BL as well. Has there been any synergy between the work as 16BL and Cubicolor?

It is inevitable that there is some synergy. We cannot change who we are and the history we have. But, with Tim on board we are taking the music in a new direction that we ourselves wouldn’t have been able to go. But, we certainly have taken some knowledge of what works and what doesn’t work into Cubicolor.

What can we expect for the live show?

Like the whole record we want the live shows to be a visual spectacle as well as a musical journey. We’ll be working closely with our good friends at Wide Eyed Studios who did the whole album campaign with us to create a show that captures the journey we wanted to take people on with this record—we can’t wait to share it with everyone. Our first show is in London at Oslo in Hackney on April 9.