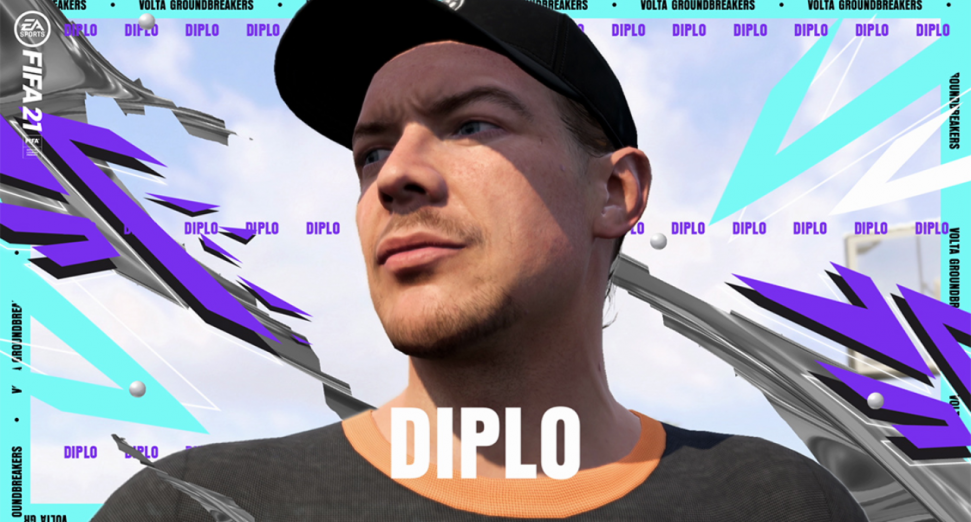 Diplo is now a playable character in FIFA 21.

As part of the Groundbreakers series in EA Sports’ FIFA 21 game, a number of new players have been added to the VOLTA Featured Battles gameplay mode, who can be recruited into a squad if beaten in a challenge.

Among the recent additions is none other than DJ and producer Diplo, who appears as a player in the game, alongside two-time heavyweight boxing champion, Anthony Joshua, and a handful of other footballing legends in the form of Eric Cantona, Kylian Mbappé, and Thierry Henry.

According to a recent tweet and trailer from EA Sports, new stars will be available to play every week in FIFA 21. Check it out below.

Get ready to take on all new playable stars in #VOLTA

Earlier this month, the Avicii video game arrived on the Nintendo Switch console.

A documentary released in September explores the connection between video games and the ‘90s club scene.