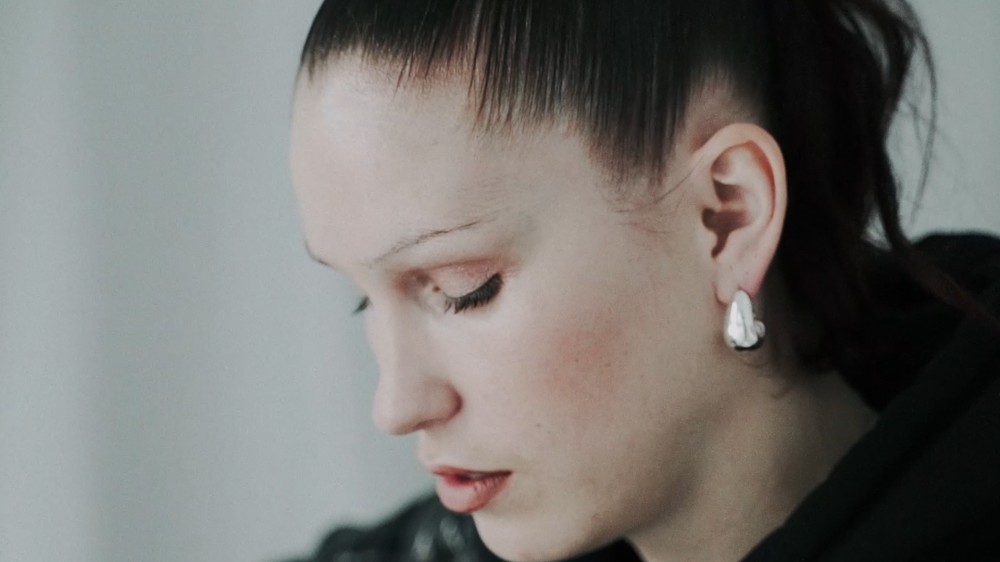 Go behind the scenes of Alexandra Drewchin’s stunning new album.

As Eartheater, US multi-instrumentalist, producer, composer and vocalist Alexandra Drewchin has been responsible for some of the most transcendent songwriting of the past five years, with albums on Hausu Mountain and PAN pushing the limits of pop structure and form.

Drewchin’s latest album, Phoenix: Flames Are Dew Upon My Skin, was mostly composed over a 10-week artist residency for FUGA in Zaragoza, Spain. Writing in relative isolation, Drewchin combined guitar parts with orchestral arrangements, drawing inspiration from geological imagery to mirror the trajectory of her own life and relationships.

In this short documentary, we go behind the scenes of the album’s creation at the ETOPIA Centre for Arts & Technology where the residency took place, as Drewchin works in collaboration with local musicians from Zaragoza using the acoustics of Etopia’s reverb chamber.

Phoenix: Flames Are Dew Upon My Skin is available now on PAN.