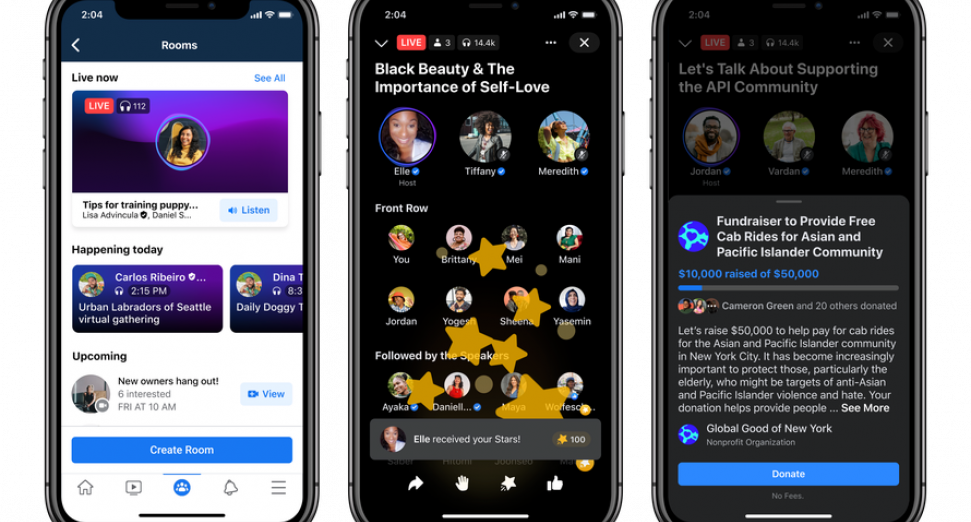 Facebook is launching a new series of audio products in Summer 2021. The new products include a competitor to the upstart audio-only social media platform Clubhouse called Live Audio Rooms, a new audio feed called Soundbites and a partnership with Spotify that lets users stream podcasts directly through Facebook using a new integrated player. Facebook will also recommend podcasts to users based on their Likes and listening habits.

Live Audio Rooms will initially be available either through the News Feed, or as part of Messenger and users can eventually charge for access to the discussion, either through a one-off fee or a subscription. The rooms will also feature Facebook’s tipping service Stars. Soundbites are essentially like TikTok for audio, including effect filters and voice transformation designed to feature short-length audio including music from Facebook’s library.

Facebook is also launching monetisation tools in an apparent attempt to take on emerging platforms like Substack and Discord, claiming they’re adding “an Audio Creator Fund to support emerging audio creators and get early feedback on the new product experience,” alongside their tipping and potential subscription models.

Soundbites will also include a “studio in your pocket”, including AI for noise reduction and audio improvements. You can hear them in action in the video below. Facebook’s new audio products will launch this summer. Read more about them here.