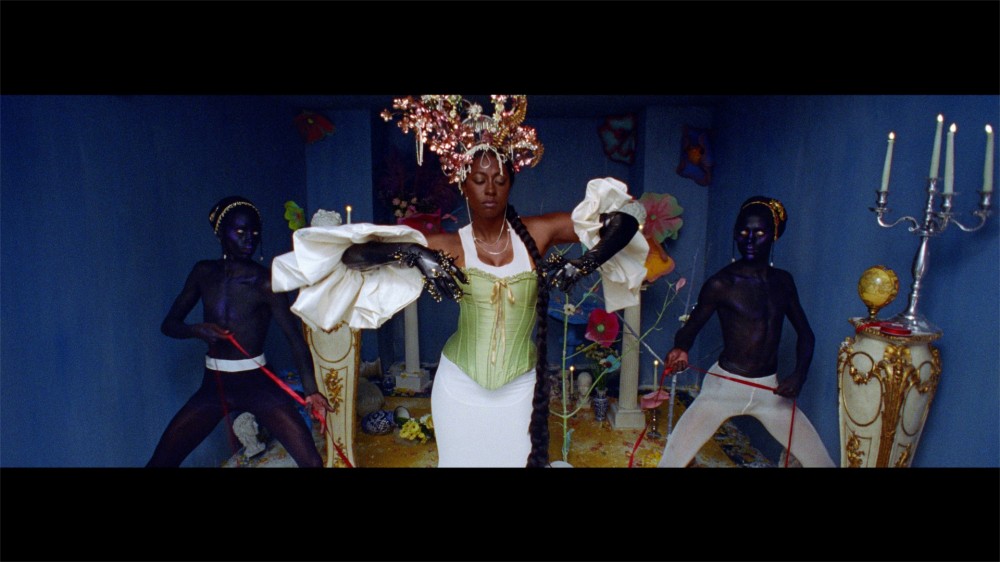 French-Senegalese artist anaiis shares a Director’s Cut of the dreamlike visual for her latest track ‘chuu’, an original commission by Fact.

anaiis is an artist who has spent much of her career at war with adversity. Relocating to London from New York in 2015 to focus on her career as an artist, anaiis, like many artists before her, has faced a myriad of obstacles, both internal and external, to such an extent that she admits to spending much of the last few years in an extremely difficult place. Persevering through a litany of major label complications that have unfortunately become a commonplace occurrence in the darker recesses of the mainstream music industry, anaiis was able to release two projects of introspective, emotional music, the 2018 EP before zero and a full-length project darkness at play, which was released the year after. Yet she has waited until now, with the forthcoming release of her as yet untitled debut album, to try to come to terms with full scope of the pain and trauma she has faced over the last six years. “A lot of the record is dealing with this surreal place that I was in where I had a lack of clarity around what was real and what wasn’t,” she admits.

“This was such an arduous, uphill battle and really challenging emotionally for me,” she continues. The artist reflects on a period in which her dreams as an artist were slowly but surely being turned against her, soured by music industry bullshit until what remained was a waking nightmare. “This record is my recounting of this experience, in my own words, in my own way, with no one else’s influence,” she says. “I did this on my own. I think a lot of people need to know that, because so many people give up. I think a lot of art gets lost. A lot of souls.” This is where we pick up in ‘chuu’, the Topaz Jones-featuring track which arrives accompanied by a stunning visual treatment from photographer and director Jenny Brough. Though a seemingly uninspiring place to start, it comes as no surprise that in the opening moments of the video we find ourselves in the boardroom. “During my conversation with Jenny, I told her I felt like I had to wake up from this nightmare,” explains anaiis. Moving between a hellish caricature of the kinds of major label politics that have long since fuelled said nightmare, a frenetic and overwhelming party scene and an Alejandro Jodorowsky-inspired fever dream, complete with a demonic manifestation of oppression and the bonds of an abusive relationship represented as very real ties, Brough thrusts us into the depths of anaiis’ greatest fears.

“There’s just a lot of abuse that goes on in the music industry,” levels the artist. “It’s almost unbelievable. And it’s such a common experience! I saw that Raye was saying that she hadn’t been able to release an album the other day. They’re trapping people into these insane contracts. The artist is so tapped in with their soul and is doing something so precious and these business people just want to monetize it.” After signing a deal in 2015, just a few months after arriving in London, a series of setbacks and a deteriorating relationship with her team left anaiis feeling alienated and isolated from her old label. “The difficult part of being in the record label system for me was the fact that you have little control over your narrative, she explains. “How people are speaking about you when you’re not in the room. Who they’re trying to market you to. What they want to do with your work. You get a lot of people who are being slowly shifted into doing things to meet someone else’s agenda that actually doesn’t resonate with the artist.”

“I felt like they didn’t understand what I believed in, what I cared about,” she continues. “I don’t even think was malicious, I think they just didn’t get me.” It is this sense of being misunderstood that anaiis grapples with in chuu, the cackles of the video’s Jodorowsky demon serving as a surreal manifestation of a pernicious strain of emotional manipulation. In this way, the central refrain of the song becomes at once a statement of defiance and a neurotic mantra, on the one hand a reflection on negligence and the shirking of the responsibilities of a supportive relationship, while on the other a reminder of what can be achieved under the artist’s own steam that, at times, sounds like anaiis trying convince herself under a cloud of self-doubt. Transforming feelings of disillusionment into literal illusions and distortions of reality, the surreal visual world of ‘chuu’ sees anaiis manipulating her own perception of her situation. By finding beauty in the darkest places, anaiis reclaims a long period of setbacks, recasting it as a marker of progress, a dedication to her own empowerment and resilience.

‘chuu’, like much of her forthcoming album, sees anaiis in an extremely vulnerable place. “With this release I was trying to face a lot of my discomforts,” she admits, and this tension is something that was present at every stage of the process, from delving into an incredibly painful place to write the songs that appear on the album, all the way through to trepidation about appearing in her own music videos. “Being in my own music video was a challenge for me,” she says, reflection on artist and poet Julianknxx‘s beautiful and melancholy visual for her track ‘Juno’. “Doing a video that was so still, in a time when people want a lot of stimuli was very challenging, for me and also for the people watching it, sitting and watching me being uncomfortable.” It’s testament to anaiis’ commitment to exploring the recesses of her own bruised psyche, in both her music and her visuals. With each new glimpse of her new work, she invites us further into a space of intense honesty, something she plays with in the esoteric visual stylings of ‘chuu’. “I’m reclaiming my own narrative, choosing the lens through which to look at this experience that I’ve had so that I can empower myself,” she says.

‘chuu’ is out now. You can find anaiis on Instagram.