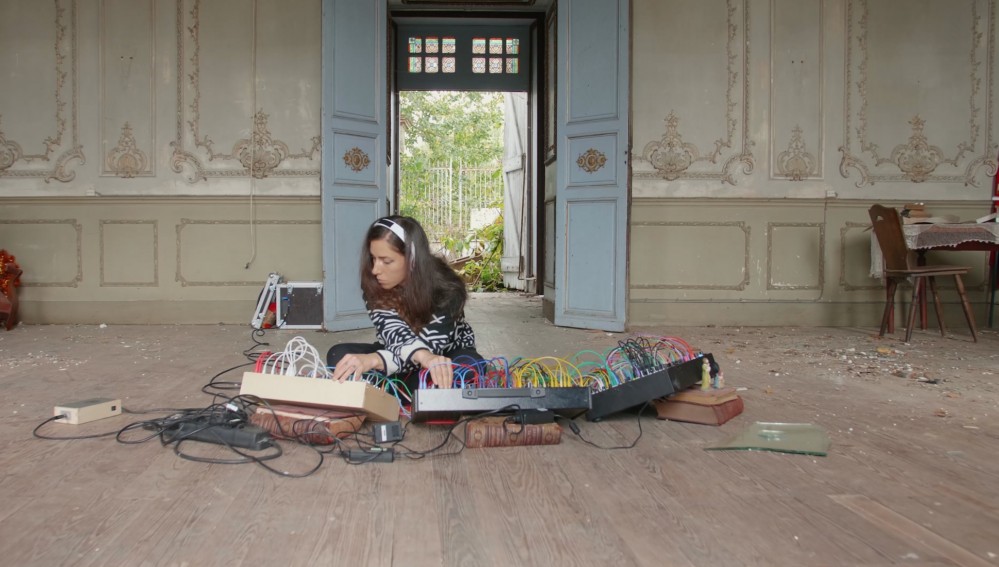 As part of the practice behind Hélène Vogelsinger‘s modular synth compositions, the French singer and sound designer explores abandoned places and connects with their energies to create immersive and suspended moments. “I love the fact that they have layers of stories and histories, with different occupants, often crossing times, and always full of beautiful and melancholic poetry,” she says.

Prior to this episode of Patch Notes, Vogelsinger went on a 800km trip to visit an abandoned cloister, where she took pictures, videos and recorded soundscapes. She then came back to her studio and started to create the musical foundations based on what she experienced during that day. “I always compose my main sequences and record the vocals and instruments upstream,” she says. “It is the first phase of creation.”

A few weeks later, Vogelsinger returned to record the finished piece, but the building wasn’t accessible. But on her way back home, in the south of France, she came across an abandoned castle, “an improbable apparition”, in the middle of an industrial zone. “With Chalisk, who films all my sessions, we were amazed and shocked at the same time,” she says. “We were amazed by this place’s aura and energy and shocked by the way it has been ransacked.”

Although the piece wasn’t recorded for the space, the castle’s own history (the family who lived there helped refugees who fled war) and aura made it suitable for the session.

“The installation and the recording session are always a process within the process, which takes a few hours. Technically it requires a good organisation: three modular cases and hundred of cables, a generator, a camera, lights and again so many cables,” she says. “It is something really intense, especially in those types of abandoned places, where you have to avoid a lot of obstacles.”