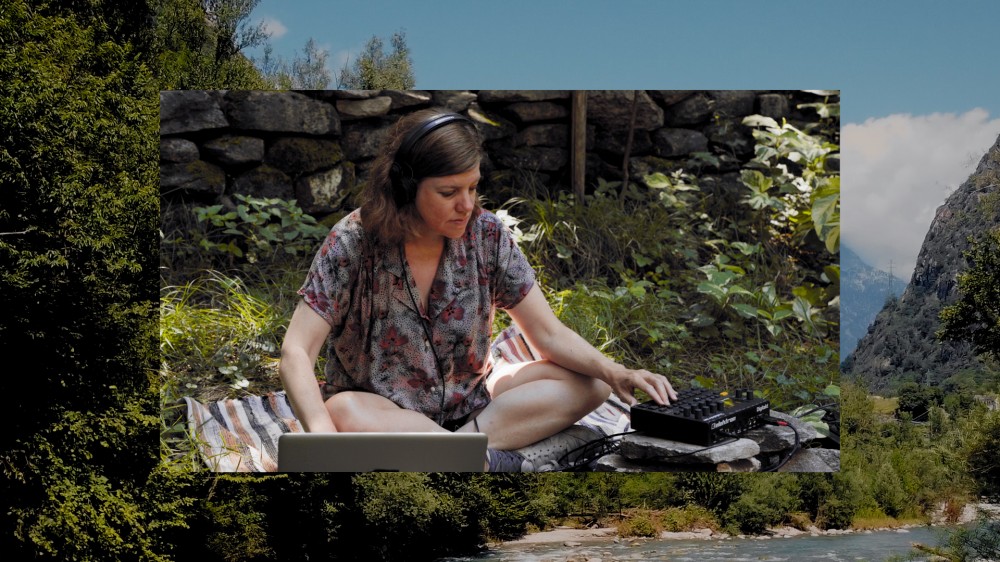 A site-specific performance recorded at Nextones Festival 2021 on the banks of the River Toce.

Felicity Mangan’s intricate compositions, crafted from her extensive archive of field recordings, explore timbres and biorhythmic patterns to create what she describes as “quasi-bioacoustic electronic music”. On her recent solo release for Longform Editions, titled Stereo’frog’ic, Mangan composed a single piece from recordings of frogs, insects and other animals.

In July 2021, Mangan appeared at Italy’s Nextones Festival, where Fact had the rare opportunity to film the Australia-born, Berlin-based artist performing a specially prepared piece on the banks of the River Toce. The performance responded to the waterside location and also used material prepared by Italian artist Niccolò Tramontana, whose multi-platform Radio Safari project explores animals and their sounds.

“I performed an improvised set playing with biorhythms and timbres sampled from my own field recordings of the Toce river and streams as well as everyday sounds such as insects and cowbells, of the Piemonte mountain region in the north of Italy,” Mangan says of the performance. “I’ve also sampled and mixed in bird recordings by Niccolò Tramontana (Radio Safari) that were recorded in the region during the springtime, which he shared with me.”

“This is a site-specific work that was developed for Nextones Festival 2021 – all field recordings were recorded in locations close to the performance site. I am performing live with an Elektron Digitakt to sample and assemble the biorhythmic patterns as well as Ableton Live for playback and modification of the field recordings.”

As well as her solo releases and performances, Mangan has collaborated with Norwegian vocalist Stine Janvin as part of Native Instrument, a project that brought the archive of Mangan together with Janvin’s abstract sonic vocabulary to create “electro-acoustic bug beats”. Together they have released two records, 2017’s Camo on Shelter Press and 2019’s Fire Cracker on Entr’acte.

In November 2021, Mangan will release her next solo record on One Instrument. Titled Bell Metal Reeds, the four-track release is an exploration of the resonance and pitch of the reeds of the classic Hohner Echo Harp mouth organ.

You can follow Felicity Mangan on Instagram and find her music on Bandcamp. You can watch more performances from Nextones Festival 2021, including sets from Caterina Barbieri and Tomoko Sauvage in our archive.