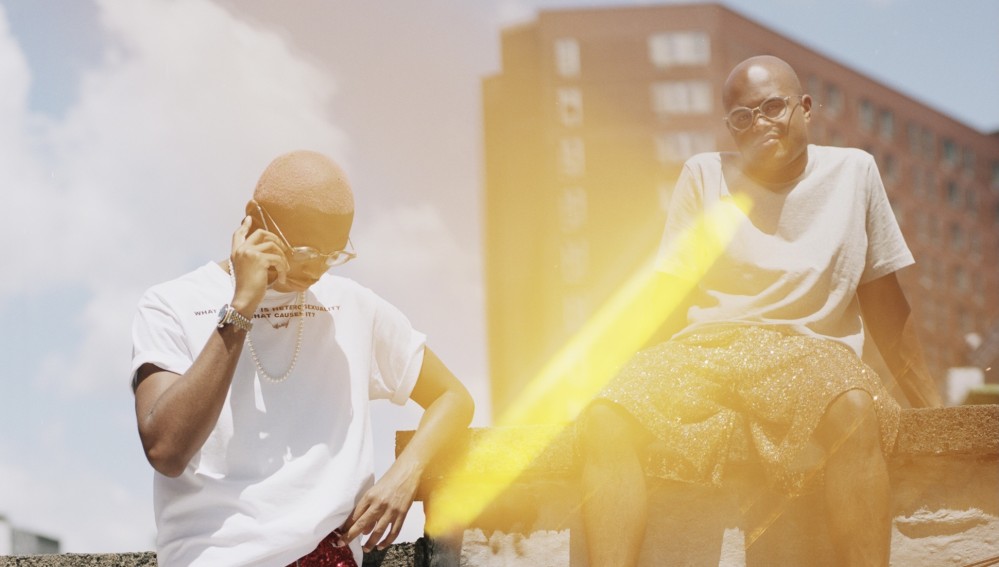 An uplifting house session from the duo behind New York’s Coloring Lessons party and label.

Brandon Weems and Craig Handfield are musclecars, a DJ and production duo from New York. Together, they run Coloring Lessons, a party launched in 2018 (initially at Brooklyn’s Mood Ring venue before going on to take place at Le Bain and Public Records) that focuses on house, disco, jazz, and soul, with an ethos that prioritises dance music’s Black origins.

Last year, as the pandemic closed venues across the city, musclecars put their energy into the launch of Coloring Lessons Records. The imprint shares the same focus as their party, “sharing music created and inspired by their ancestors of color, and teaching younger generations about the roots of this music.”

The label’s first release – a compilation featuring music from Jenifa Mayanja, Kush Jones, Kai Alce, Bergsonist, Beta Librae and more alongside a track from themselves – offered a current snapshot of house music from NYC and beyond. The duo’s debut EP, Street Dreams, was released by Toucan Sounds in August 2020, featuring four tracks of sun-drenched house.

On this week’s Fact Mix, musclecars record a 95-minute session in the spirit of Coloring Lessons, featuring tracks from Roy Davis Jr, Chaka Khan, Steve O’Sullivan, Donald Byrd and an unreleased remix of the duo’s own track ‘Sol’ by London producer K15.

“As we approach the month of March, we come upon the anniversary of this party we throw called Coloring Lessons,” the duo says. “While we haven’t been able to throw the party since the two-year anniversary back in 2020, we have missed playing music, and dancing alongside everyone.”

“What we wanted to do with this mix was mentally place ourselves inside the party, and play exactly how we would if we were in the booth and at the helm. It definitely gave us something to look forward to, and hopefully it gives our city something to listen to during the party’s absence. Hopefully we’ll be back sooner rather than later <3.”