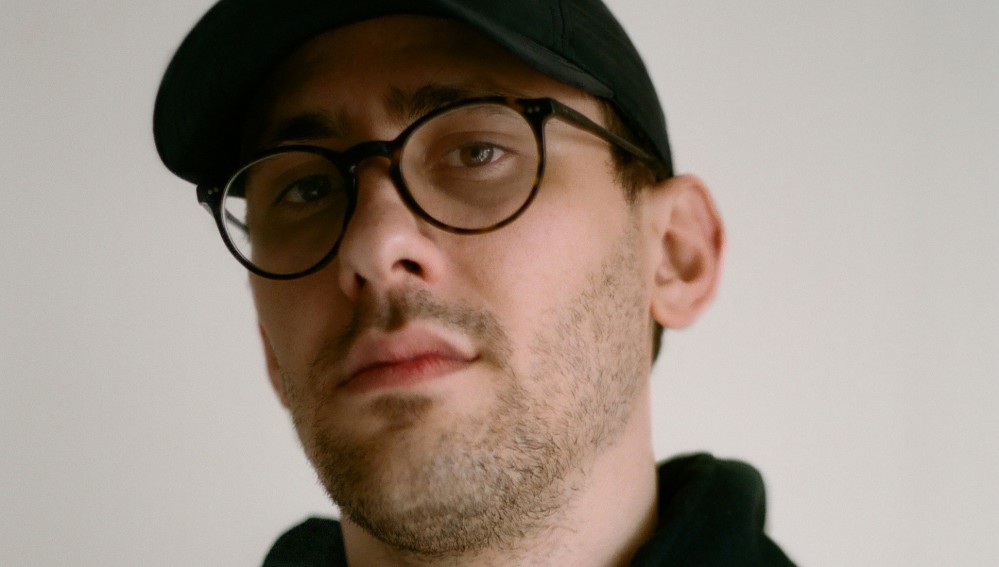 Guglielmo Barzacchini drills down into the weird world of gorge music across a steamy selection of explosive percussive heaters.

TSVI has been lighting up raves in London for the best part of a decade, releasing a steady stream of essential projects over the last eight years that have in no small part gone on to shape the sounds, moods and tempos of the city’s dankest, most subterranean dancefloors. The producer born Guglielmo Barzacchini founded the inimitable Nervous Horizon in 2015 alongside fellow Italian-born, London-based producer Wallwork, ensuring its rise as an essential stronghold for like minded artists intent on following post-dubstep sounds wherever they might lead them. Since then he has developed his taut, percussive productions into an unmistakable sonic palette, drawing on drum styles from around the world to find ecstatic, head-spinning form from both ancient and contemporary function.

On his EPs Sacred Drums and Rambo, Barzacchini winds together a variety of global percussion into singular, deadly rhythms, touching on dancehall, kuduro, tarraxho and the music of Sufi whirling dervish ceremonies. For his debut album, Inner Worlds, the producer took his percussive practice a step further, exploring the ideologies of Sufi Islam, introduced to him by his partner, and Hinduism, which his family practised while he was growing up. This exploratory approach to sound continues under a new alias, Anunaku, with which he made his debut on AD93 in 2019. Strictly focused on dance music in the 125-130 bpm spectrum, Barzacchini’s productions as Anunaku further his omnivorous appetite for percussion.

It is therefore unsurprising that Barzacchini has dedicated his Fact mix to a new sonic obsession. “I recorded the mix with my Pioneer XDJ-RX in my bedroom on probably the hottest day here in London to date, so the mix is quite hot and explosive,” he explains. “Played recent and unreleased tracks across a wide range of BPMs, mostly gorge music, a genre which is inspired by rock climbing and mountaineering originating in Nepal and India then later on settled in Japan, my new obsession!” Heavily featuring a repetitive use of blown-out tom-tom drums, which are said to symbolize hard terrain and the contraction of a climber’s muscles, Québecois gorge producer Kazuki Koga, whose tough-as-nails track ‘Strangler Gorge’ sets the tone for Barzacchini’s relentless mix, describes the sound as an experimental electronic interpretation of Nepalese folk percussion. “Gorge is only vaguely defined by its own secret codes and legends,” they say. “Its purpose is to communicate the aesthetic and spiritual sublimity of rock climbing, and to explore the climbing route that leads to the summit of the gods.”

Drilling down into the intense and unassailable sound, Barzacchini grinds some essential gorge productions against obscure SoundCloud finds, exclusives from friends and collaborators, as well as some of his own tracks, ‘Sospiro Sospirando’, from his latest EP as TSVI, Sogno, and ‘Riflesso’, a track taken from Unison, the debut release from Paraadiso, a collaborative AV project with audiovisual artist Seven Orbits. Zip up your Arc’teryx, check your crampons and hold on for dear life.

You can find TSVI on Instagram. Check out Nervous Horizon, Anunaku and Paraadiso on Bandcamp.