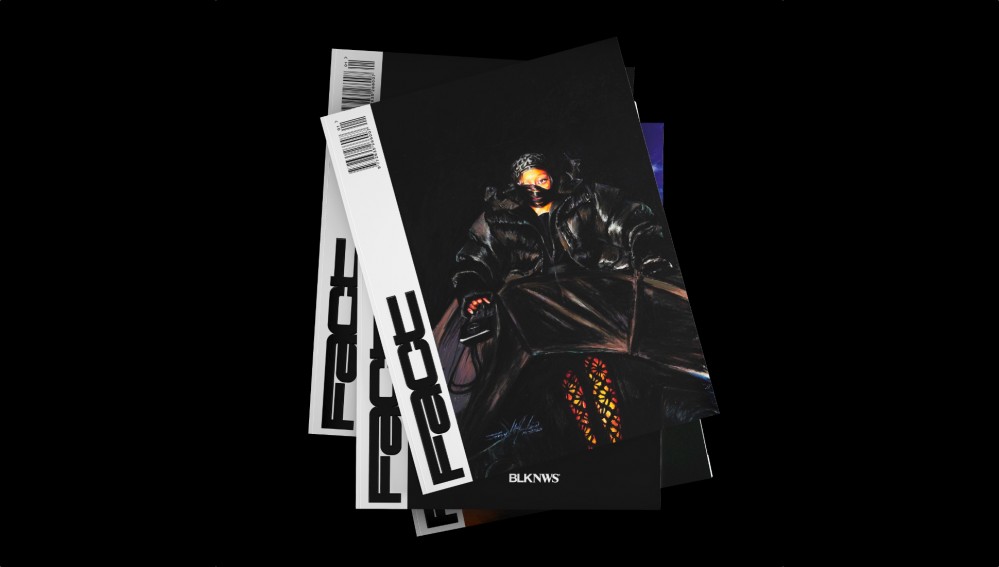 The magazine is available to buy now ahead of Ikeda’s new immersive, multi-work show at 180 The Strand.

Fact’s print edition will celebrate the new wave of artists, performers and producers spearheading a global cultural movement, commissioning a diverse community of writers, image makers and artists to create striking, long-form content. Operating at the convergence of electronic music and audio-visual art, Fact will champion these creatives shaping our future.

The first issue’s three cover stars – Ryoji Ikeda, Kelsey Lu and Pan Daijing – are emblematic of this paradigm shift: multidisciplinary auteurs, resolutely independent, pioneers in both sound and vision. As are other groundbreaking artists featured in this issue – be they the visionary image maker Kahlil Joseph, who contributes a fourth cover and exclusive ‘artistic intervention’ inspired by his BLKNWS project, or uncompromising innovators re-imagining dance such as Jamila Johnson-Small and Cecilia Bengolea, or creative mercenaries hacking the worlds of music and high fashion such as Freeka Tet.

These futurists aren’t limited to the traditional enclaves either. Within the pages of Fact’s first issue you’ll find inspiring stories of collectives from Kampala, Shanghai and St Petersburg breaking with the past and constructing new beginnings.

The first issue launches in advance of Fact presenting two new exhibitions at its London HQ, 180 The Strand: an immersive multi-work A/V show by Ryoji Ikeda and the UK premiere of Kahlil Joseph’s necessary BLKNWS, both opening early next year. In 2021, Fact will also launch Fact Space at 180 The Strand, bringing together celebrated artists and emerging talent with the ambition of building upon the success of previous exhibitions at the venue, including The Infinite Mix, Other Spaces by UVA and Love Is the Message by Arthur Jafa.

Fact’s first issue is available to buy direct from The Vinyl Factory online store for £10. It is published today (November 12), and can be ordered at the links below.

Music credit in video (used with permission of the artist): Pan Daijing – ‘Act of the Empress’ (PAN, 2017)