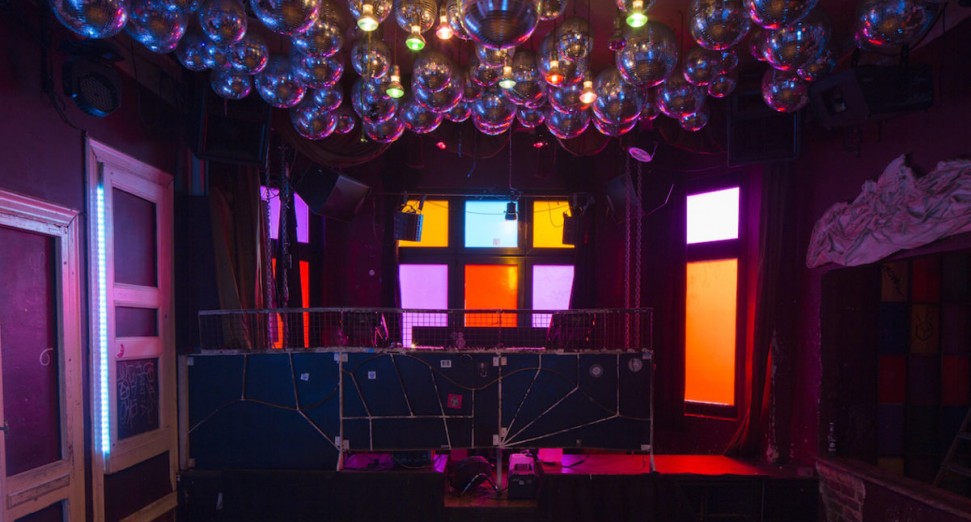 A former PR manager for Berlin’s Salon Zur Wilden Renate has detailed his experience of racism and harassment from colleagues while working at the club.

Karim Molyneux-Berry, an Egyptian-English PR, worked for the Berlin club – also known as Wilde Renate, and sister club to the Else outdoor venue – from April 2017 to November 2019. He has now described experiencing several incidents of racist harrassment in that time from resident DJ duo Peak & Swift, real names Jan Kähler and Benedict Bogenberger.

In an email seen by DJ Mag, sent by Molyneux-Berry in June 2019 to senior managers at Wilde Renate Tony Ettelt, Linda Osman and Sebastian Heil, he described being subjected to racist slurs from Kähler and Bogenberger, as well as facing repeated mockery relating to his African heritage. “The dark side of my experience started with being told I’m from Africa, even though I was born and raised in London England, and my mother is Egyptian making me half Egyptian,” he wrote. “Despite making repeated requests for Jan and Bene to stop, the abuse only became more intense and public.

Molyneux-Berry was humiliated when referred to with the N-word by Kähler in front of others, including an employee of OYE Records and DJ Johannes Albert, who both expressed shock at the incident. Molyneux-Berry described the incident as a “public black mark on Wilde Renate’s reputation for openness and inclusivity”. On another occasion, Bogenberger reportedly said that N-word in Molyneux-Berry’s presence in front of eight other people at the artist pick-up of Gottwood festival.

Despite repeated requests from Molyneux-Berry that Kähler stop making such remarks, he was dismissed. “[Kähler] told me how much he is not racist and loves people of all colours like a ‘rainbow’”, his email continued.

In a text exchange seen by DJ Mag from June 2020, ahead of the Black Lives Matter demonstration in Berlin, Molyneux-Berry reminded Kähler about his racist remarks, confronting the particular incident when Kähler had asked him to call him his “master”. In his response, Kähler claimed to have already given Molyneux-Berry his “deepest apologies”, and that he had already “tried to explain to you that it wasn’t meant in a racist way”. “[It was] Just a dump [sic] joke to hit you where it hurts. I deeply regret my acting and I thought you did forgive me this but obviously not. If it makes you feeling [sic] better to keep this hate… do it!”

Kähler added: “Yes I will go [to the Black Lives Matter demonstration] tomorrow… We will demonstrate against all kind [sic] of hate in this world, for true humanity and with a big warm heart”.

Kähler and Bogenberger both previously worked in the Wilde Renate office’s booking department, and when Molyneux-Berry returned to work shortly after the new year in 2019, he found that someone had written the N-word on his desk calendar. In his email to Ettelt, Osman and Heil, Molyneux-Berry says that Bogenberger admitted to writing the racist slur and later apologised.

Other incidents outlined by Molyneux-Berry in the email include Kähler and Bogenberger mocking him as he spoke in Arabic to an Egyptian DJ, making “‘fake Arabic sounds” at him while “waving their hands in the air.” After this incident, Kähler reportedly denied that his behaviour had been racist. On other occasions, Molyneux-Berry says Bogenberger referred to him as “milk chocolate” and asked, “Karim are you trying to white wash yourself?” when he came into the office wearing white shorts, white shoes and a white t-shirt.

In a new statement shared with Mixmag, Bogenberger apologised to Molyneux-Berry, acknowledging that it was “incredibly wrong” of him to act as he did. “I understand you must have felt really upset, angry and hurt by my actions and hope this apology will help you find closure,” he wrote, before adding that he believed “it all started as mutual jokes and, close friends teasing each other, while working together every day and partying together every weekend”. He added: “After the incidents I started to read and discuss a lot about racism in all its forms, participated in Renate’s anti-racism training and seriously reflected on my behaviour and for the first time realised how deeply racism is still implemented in our society and my behaviour.” Bogenberger has also resigned from his role as a booker for the club in order to “make space for someone that’s diversifying our team”.

In his email to Ettelt, Osman and Heil, in which he also expressed his appreciation for the club (“I love the people from the bouncers to bar staff, and I also love how open and ready to grow you are as the owners”), Molyneux-Berry stated that he had ‘reached his limit’, and that he could no longer stay silent or tolerate the racism he had experienced. He said that he was contemplating stepping down from his role, despite the damage it would do to his job security and career goals. “[It is] not a decision I come to lightly, but I don’t really have a choice,” he wrote. According to a report from Resident Advisor, in a subsequent meeting with senior members of staff of Wilde Renate, Molyneux-Berry suggested that all staff be given sensitivity training. The request was not acted upon until 2020.

Molyneux-Berry moved from the Wilde Renate office shortly after sending this email, but continued working for the company. However, he reportedly was given warnings about “discrediting my colleagues” and “not coming to work”. His bosses reportedly told Molyneux-Berry that they felt “nervous to talk freely in the office now due to my complaining”.

In October 2019, Molyneux-Berry was told he would be let go from the company in two weeks, citing their dislike for “my PR style” and the fact “that I don’t speak German” as their reason. These factors, he says, were never mentioned in the two years he had spent working for the club.

In June 2020, after Berlin’s Black Lives Matter protest, Molyneux-Berry shared a Facebook status which read: “It’s so bad, even the privileged came out”. He was subsequently contacted by Sebastian Heil privately, who shared a screenshot of the post along with a message reading: “Seriously?”. He later apologised for ‘misunderstanding’ the posts meaning. Heil’s message, however, made Molyneux-Berry realise how his experience with Wilde Renate remained unresolved, and how little action was taken by the club in response to his expressing those concerns.

In a statement shared with DJ Mag and directed at Wilde Renate, Molyneux-Berry outlines the personal and professional impact his experience with former colleagues at the club had on him. He says that he “lost very high profile clients directly due to my attitude which is not my normal” and that the venue’s “lack of remorse, accountability and awareness is overwhelming”.

He adds: “I still see you booking the racists. Opening your season with them. Having them at your biergarten all throughout the summer… This whole experience shaped me more than I care to let on. At the same time being blamed for ‘holding on’ and a ’war’ against certain racist and sociopathic individuals, held me down. I am aware, I am empathetic. I do fucking care!

“I don’t think a witch hunt will help. I don’t think a boycott will either as there are many many many amazing people who work there. But I can’t do this on my own anymore. I can’t have people think I got someone fired anymore. I’m not spiteful nor do I seek revenge. That’s you not me. You did this. Don’t blame me for this. You still don’t get it. You still gaslight me. You still refer to me as a [N-word]. People still ask me for guestlist and contacts. I’m tired of getting upset and having to either lie or explain.”

Salon Zur Wilden Renate has shared an official statement to its website responding to the situation, and has outlined steps the club plans to take in addressing racism within and outside of the company, including anti-racism and discrimination training for all staff, the appointing of two “awareness managers”, and a “small anti-racist library in the Wilde Renate beer garden”. The club’s statement and apology do not directly name Molyneux-Berry, or Kähler and Bogenberger. The statement does not confirm whether or not Peak & Swift will continue to work with and DJ at the club and its sister venue.

The statement reads: “We are deeply sorry for what happened and for the hurt that was caused. We have been taking steps to ensure this doesn’t happen again within our team, club or event space moving forward.

“To our former employee, the management of Wilde Renate are deeply sorry for not taking more direct and clear action in response to the racism you faced while employed within our organization. We see now how offering more options to support you in the investigation and mediation with these racist incidents were necessary to their proper resolve. We are also sorry that so much time has passed between these conversations, it is disappointing for everyone involved.” Read the club’s full statement here.

Speaking to Resident Advisor, Molyneux-Berry described how disappointing and upsetting it was that it took so long for his situation to be taken seriously. “[Renate are] deflecting and trying to take control of the narrative,” he said. “They only fully addressed this last week when approached by the press. I was never offered a formal apology from the company for the institutionalised racism or from Peak. I was only told that I’m overreacting and that I made him do these things to me.”