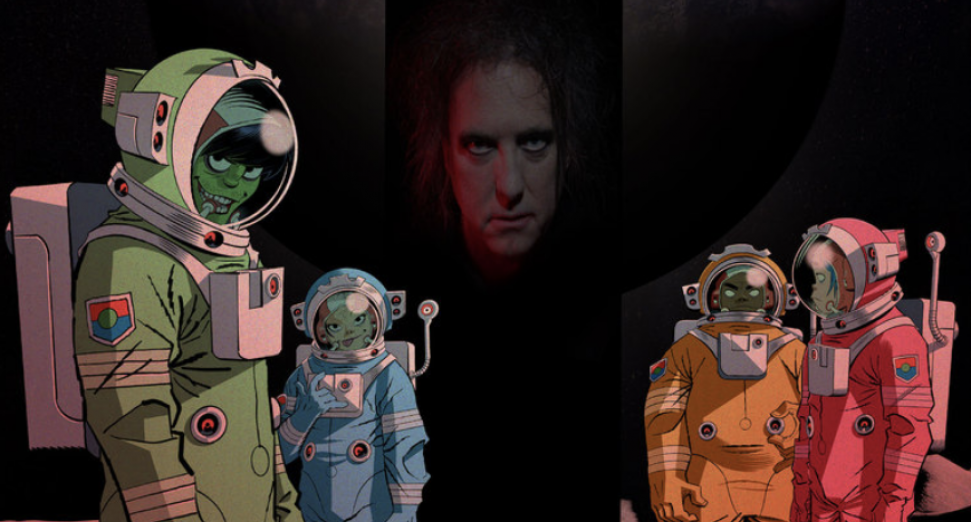 The song features as part of the Damon Albarn-fronted digital band’s new project, ‘Song Machine, which they first revealed earlier this year with the unveiling of the slowthai and Slaves-featuring ‘Momentary Bliss’. Other guests in the series so far have include Octavian, Schoolboy Q, the late Tony Allen, Skepta, Peter Hook, and Fatouamta Diawara. The band first teased Robert Smith’s involvement in the project earlier this week.

‘Song Machine: Season One – Strange Timez’ will be released on 23rd October, and encompasses 17 tracks in all, including additional features from the likes of Beck, Elton John, Kano and St Vincent. You can watch the video for the Robert Smith-featuring title track below.

In addition to the album’s release, Gorillaz have also revealed ‘Song Machine Live’, which will blend visuals with live performance from the group. Songs from ‘Song Machine’ will be performed live for the first time globally during the stream. It’s scheduled for 12th and 13th December.