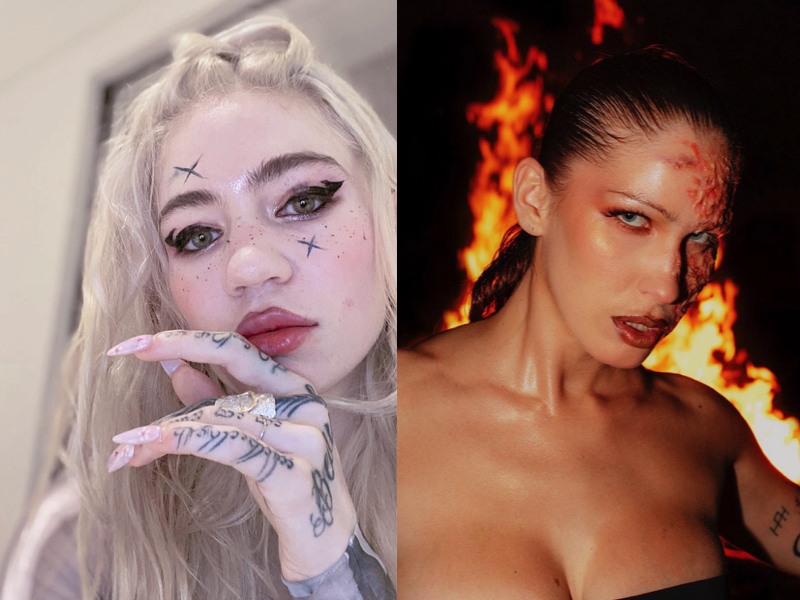 The two artists are linking up for Grimes’ next LP.

Grimes has revealed that Eartheater will appear on her “top secret new album”. The news was shared to her Instagram story. See below.

In July, Grimes described her next album as a “space opera” centred around a lesbian AI romance, and involving a character named Claire De Lune. “An artificial courtesan who was implanted in a simulation,” she said on the character, “that is a memory of the AI creation story on earth from the brain of the engineer who invented AI because he wants to relive his life but see if his perfect dream girl could teach him to love and thereby he would preserve humanity this time rather than let them fade into obscurity – overcome by the machines.” [sic]

She added, “In the end they fall into a lesbian romance due to the fact that they are the only two fully AI beings in this universe. It goes on but that’s where the first part of the story stops.” [sic]

Grimes has been teasing snippets of new tracks via her TikTok channel. Some of her most recent videos are soundtracked by the new songs Shinigami Eyes, Player of Games and 100 Percent Tragedy.

Eartheater features in Tony Seltzer’s recently released video, Joyride. The track is from the producer’s upcoming mixtape Hey Tony. Eartheater’s last album was 2020’s Phoenix: Flames Are Dew Upon My Skin. This year, she also released a fully reworked ambient version of the LP, titled Phoenix: La Petite Mort Édition. The release originally appeared in our Crack Mix series, and was designed as a sleep aid for listeners. On the mix, Eartheater wrote: “I’ve never had trouble with sleeping until recently so I’ve been on the hunt for the best sleeping sounds and music.” Listen below.