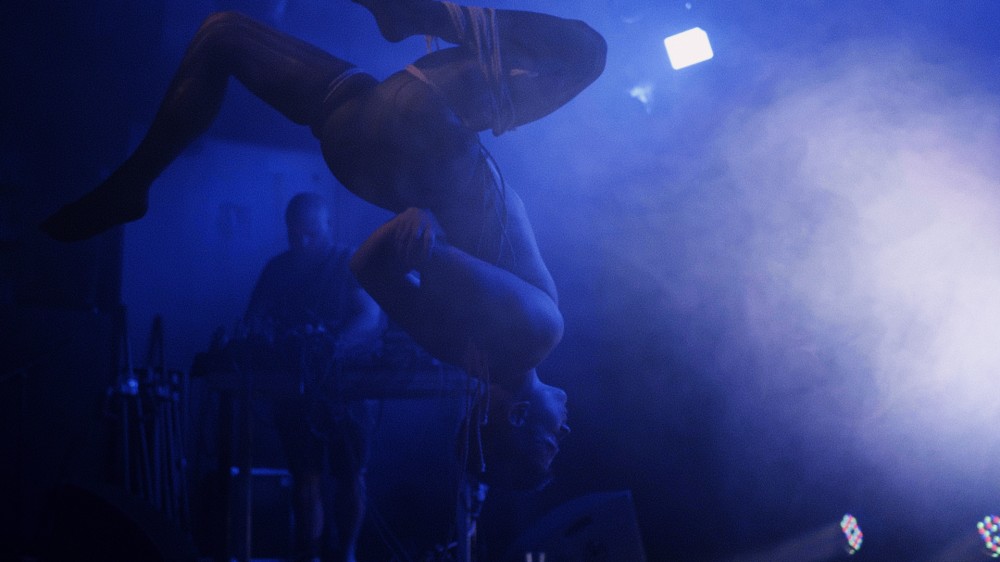 The third of this week’s performances from the 2021 edition of Malmö’s Intonal Festival is a world premiere of the first ever live set from Rivet, a Swedish native who has been part of the city’s electronic music fabric for the past 25 years as a producer and DJ. Despite his long career, it was only at the end of 2020 that he released his debut album On Feather and Wire, a collision of techno, EBM and punk energy that arrived on Editions Mego.

Rivet’s Intonal performance, which took place on June 18 at Inkonst, the festival’s home venue, was a collaboration with percussionist Vincent Bahar, and shibari rope artist Ziggi Willpower, who interprets Rivet’s sensual, atmospheric take on body music with a display of acrobatic endurance.

Intonal has been one of Sweden’s most exciting music festivals since its first edition was held in 2015. Run by the team behind the city’s Inkonst venue, the festival typically combines club nights with one-off experimental performances in stunning locations across the city.

Despite the ongoing Covid-19 pandemic, the festival was able to return in physical form after a fallow year in 2020, with limited audiences allowed to attend a series of socially-distanced performances under local restrictions. “The point of a festival is to share experiences and emotions with friends and strangers alike; to form new bonds and memories with people that you never met before; to collectively partake in the making of something sublime,” the festival’s team writes. “This cannot be re-created digitally. Not in any form.”