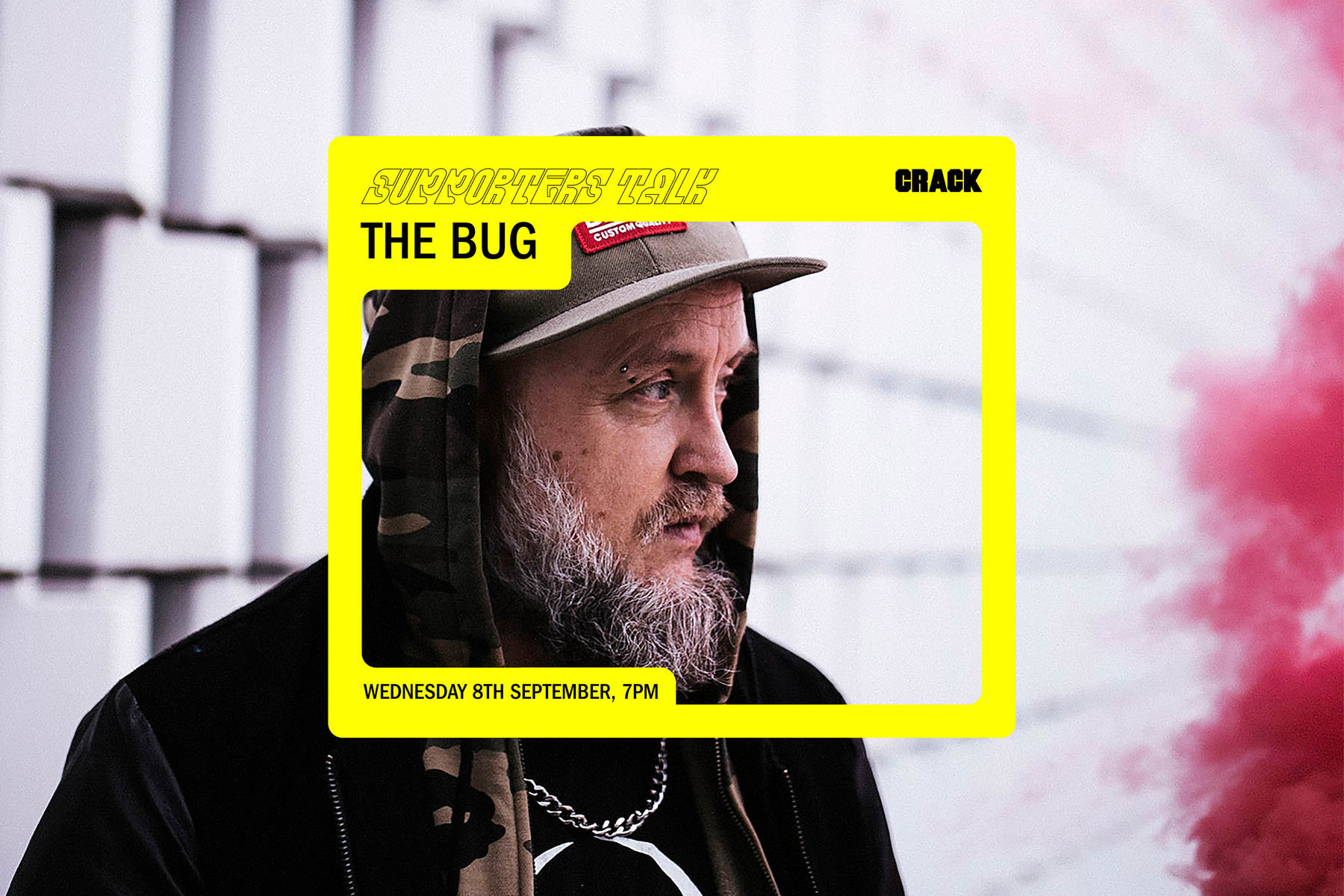 The podcast version of our Supporters Talk with The Bug is now available to stream and download.

In a Q&A streamed live on 8 September, Kevin Richard Martin opened up about the making of Fire, his first album in seven years under his heavyweight dub alias The Bug.

Hosted by Chal Ravens, the conversation touched on his deep artistic connection with poet and MC Moor Mother (the cover star of this month’s magazine), who guests on the album alongside London MCs like Flowdan and Logan.

Martin also unpacked his politically charged collaboration with Roger Robinson on ‘The Missing’, a track about the Grenfell Tower fire, which he explains was written “to try and raise empathy, because empathy is the only thing that’s going to save people on this planet.”

Stream the podcast below or over on crackaud.io, and subscribe to the Crack podcast feed to catch every episode. The full-length video of the talk is archived in the Supporters Hub.