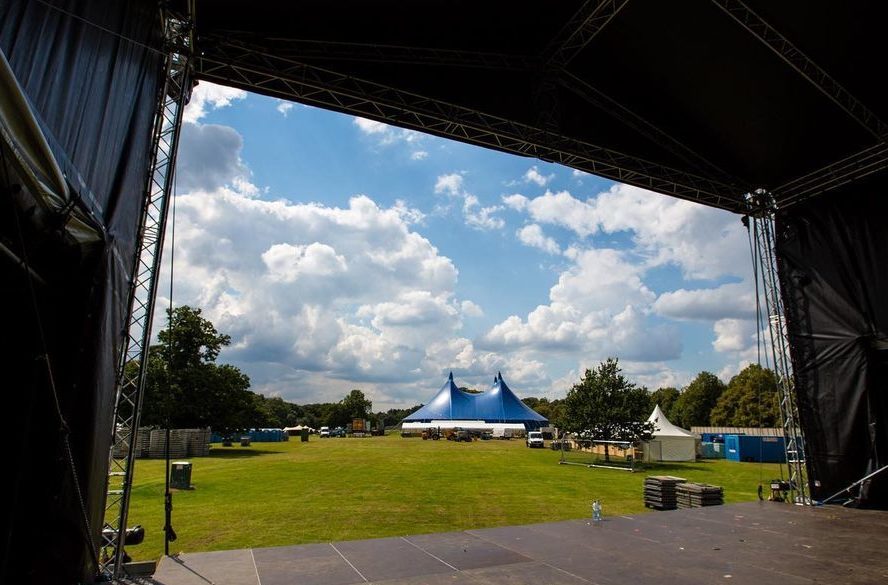 A new London festival has been compared to Fyre Festival following what revellers have called a “chaotic, shambolic” inaugural event at Trent Park in north London on Sunday (8 August).

Metrofest, or The Metropolitan Festival, was set to be a one-day event featuring what organisers described as the “finest R&B and hip-hop talent.” The likes of Fat Joe, Blackstreet, Fatman Scoop, Mya and Eve were billed, however half of the headline acts failed to show up and thousands of festival-goers were left queuing in the rain for hours.

As the Daily Mail reports, Eve, Mya and Tony Touch were among the artists who didn’t show up. US rapper Eve had actually cancelled her slot earlier in the week, however Metrofest “still promoted the event until last minute – even on the actual day – trying to sell more tickets with Eve’s name on it despite her withdrawal,” claimed one attendee.

On their official Instagram page, Blackstreet cited “unforeseen circumstances” as their reason for cancelling.

Among the 15,000 ticket-holders was 25-year-old Ellis Cole. “I bought my tickets in May,” he told Crack Magazine. “I knew it was going to be one of the first festivals going ahead after the restrictions, so it was something to plan with friends [that] wasn’t going to be cancelled.”

“[I] was a bit suspicious when Eve was pulling out of other UK Festivals – Mighty Hoopa, Birmingham Pride –  but the organisers insisted she was performing,” added Cole. “The lack of updates regarding if we needed a negative Covid test and how they casually said that the festival was cashless” also raised his suspicions, he explained. Metrofest was operating with a cashless wristband system, with festival-goers expected to load their wristbands up with funds, as opposed to paying by card or cash. According to the festival’s FAQ, the system was implemented in order to, “improve the speed of service, reduce queues and enable the event to run as smoothly as possible”.

According to Cole, the festival gates were due to open at 11am (BST). “Instead they posted on their Instagram story – pretty much the only place to get some sort of update – [that the festival’s opening] had been delayed till 12:30pm (BST)”.

Fatman Scoop was due to MC much of the festival, however Cole explained that the Be Faithful and It Takes Scoop artist only came on stage at 7:30pm – “nearly four hours after he was supposed to have been on stage”.

“He did one song and introduced Jon B, who seemed angry as he couldn’t hear the music due to no soundcheck,” added Cole, who dubbed the entire experience a “chaotic, shambolic day”.

Confused what I paid for at #metrofest … 🤣😅 A very expensive, muddy DJ set? 🤣

Just FYI, Jon B was NOT three hours late. He was in the lobby of his hotel for roll call at 3pm. The car meant to pick him up never turned up and the festival kept saying it was coming; it didn’t. So after 2.5 hours of waiting he paid for a cab himself to get there for the fans.

Another attendee, Hayley Hiscock, echoed Cole’s sentiment. “After a bereavement and poor health on my part, I was looking forward to a chance to get out and about when I suggested the festival to my friend back in May,” she told Crack Magazine. “We were thrilled when lockdown lifted and we were still able to go, as it was the sort of music we had grown up listening to and loving. I also thought there would be value in paying a bit more for VIP after a long time cooped up and was expecting a bit extra.”

She explained that the event was “disorgansied” from the start, with the delayed opening supposedly due to a lack of water in the toilets. “But when we were finally let in, they were still pumping sewage into the truck and there was no water to wash your hands with,” she said, adding that staff seemed “confused” by the proceedings. “At another point, I saw two security men actually squaring up to each other and others looked like they didn’t care anymore.”

Accessibility was also an issue at the event. “I saw one person struggling in the mud on crutches, and I was told a gentleman had to struggle through the mud in his wheelchair – unacceptable,” said Hiscock, who claimed the event was “dangerously slippery even early on”.

However, she added that the atmosphere among festival-goers was largely positive, with many “just happy to be out and about in general after the past 16 odd months [of] being locked away.”

#metrofest was actually a joke. Out of the 8 headliners, Blackstreet, Eve, Tony Touch and Mya didn’t show. Scoop was a glorified MC, Bobby V’s set lasted 10mins and Jon B was 3hrs late. Fat Joe was quality though.

All in all, this was London’s version of the #fyrefestival 🤦🏾‍♂️ pic.twitter.com/9cMkDUUhn7

Another attendee from west London claimed that communication between revellers and organisers was minimal from the off-set. “From the moment of purchase until the day of the actual event I did not receive any communication or emails from organisers,” they told Crack Magazine. “I’m an experienced festival attendee and you would normally receive information about transportation, commute, open doors time, last admission and most importantly the precise times the artists will be taking the stage. That never arrived.”

“Even before attending I already had those red flags: no communication, no tickets, no promotion from artists, little information online,” they added.

All of the attendees Crack Magazine contacted had attempted to reach out to Skiddle, the ticket outlet used by Metrofest, but have yet to be refunded.  “I’ve sent emails to Metrofest and direct messaged Skiddle but I haven’t heard anything back from them at all,” Charise Ayton told Crack Magazine. “There hasn’t even been an apology from Metrofest, like that’s the least they could do! I’ve contacted my bank now for a charge back, so I’ll have to wait and see.”

“Metrofest should absolutely refund people, that was the worst festival I’ve ever been to,” she continued. “I’ve been to a lot so I can definitely compare. The vibe was just off, I will never attend their events again.”

Last night (10 August), Metrofest posted a statement to Instagram thanking “the thousands that attended and all the artists that made Metrofest 2021”.

“Metrofest are extremely disappointed that Blackstreet and Mya did not attend the show after their performance travel plans were advanced in full ahead of the event including full payment,” the statement continued. “We strongly refute all legal claims made on social media by Blackstreet and will be dealing with the situation in detail.”

Crack Magazine has contacted the organisers of Metrofest for comment.