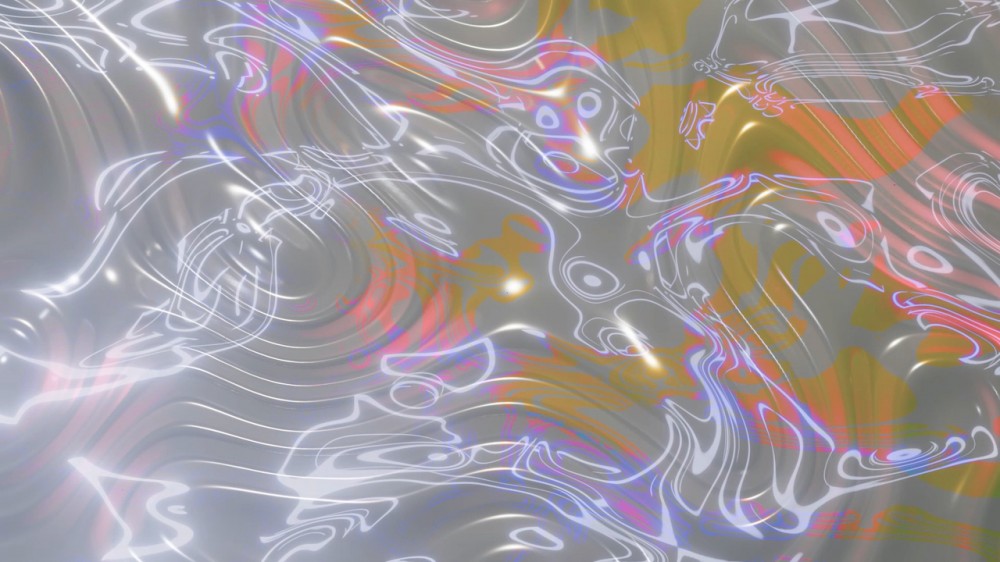 An exploration of the joys and sadness inherent in living within and without a community.

In Zuzana Pabisova‘s hallucinatory visual for ‘El Rocio’, a track taken from Re Munus, the debut album from C.A.N.V.A.S. co-founder Lugh, we see figures moving amongst ocean spray, the camera flickering between abstract snatches of corporeal forms, goosebumps and wet hair, and the lysergic shimmering of the water captured from beneath it’s surface.

It is the experience of drifting, both literally and metaphorically, that Lugh takes as a central conceit for this project, or what fellow C.A.N.V.A.S. collaborators Michael Speers and Olan Monk term “personal drift”. During lockdown, “while observing the world through glass”, the Berlin-based producer was struck by a tension between “worry and anxiety for the fate of others, rather than my own” and “the alleviation of cynicism and despair due to a perceived wholly revived infrastructure of solidarity.”

Responding to this tension, in opposition to a pre-pandemic propensity to drift through what Lugh describes as “the ethereal dream of social weightlessness”, the producer explores the “grief, exultation and relief” inherent in belonging to communities and those that drift in and out of them, the “generations which dismantled their social contract, achieved immunity, revoked solidarity.”

“Re Munus sketches sensations and observations during a time of reorientation, rediscovery of lived sensibility on a relational scale”, explains Lugh. “An encounter with sensations which we had said defined us – the tangibility of which we had forgotten, believed to be confined to the past. There is tension between the physical withdrawal and lived intensity which permeates these works.”

Building upon the intricate choral contortions and scorched-earth noise of his EP Hélico, on Re Munus Lugh constructs complex sonic textures within which earthly voices drift into multi-layered reverb, haunting each other within the communal space of the composition.

“These compositions hold within them a flawed attempt to communicate on every level”, say Michael Speers and Olan Monk of the record. “The desire of language as expressed through music – towards shared meaning. Paradoxically voiced and voiceless, it denies textual, verbal description, instead crying out through the cracks in forming its own liquid tongue.”

“Clone choirs simultaneously rehearse in an open space below. A slow walk through this spectacle. It’s an anguished record as much as it is at times tranquil. The movement between voices detached and embodied becomes playful—often warping them far beyond recognisability.”

The video for ‘El Rocio’ features underwater recordings from Zuzana Pabisova, who created the artwork and graphics for Re Munus. The album was mastered by Ali Najafi and features vocals from Marie Requa Gailey.

‘El Rocio’ is taken from Re Munus, the debut album from Lugh, which arrives on October 23. The album is available to pre-order now, via the C.A.N.V.A.S. Bandcamp.