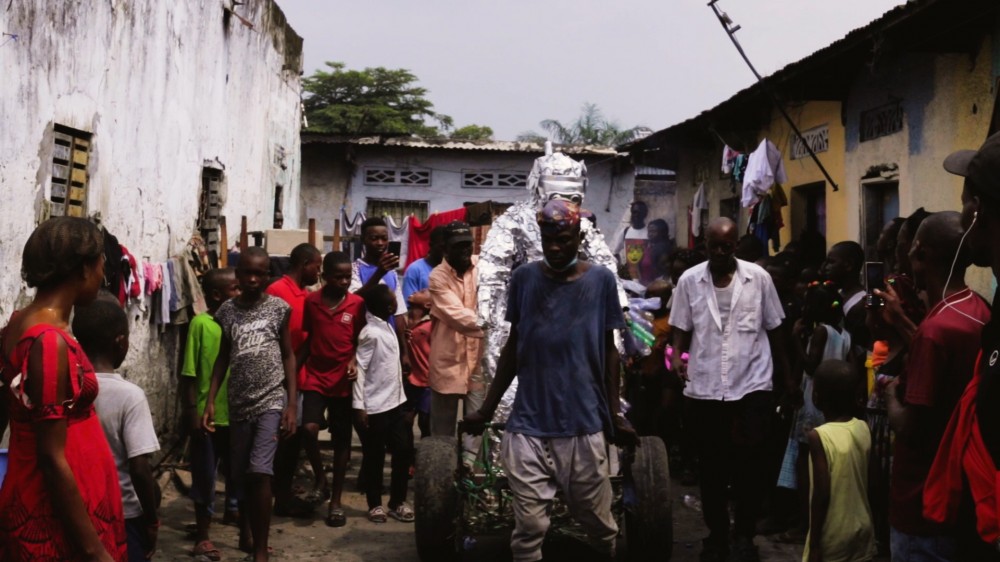 The visual is soundtracked by the collective’s latest single, ‘Ginseng’, produced by Bamao Yendé.

“We get to witness in these images the powerful language of percussive music, the ancestral language of traditional costumes in DRC, the social commentary the artists are making by using plastic and other discarded materials to create new forms of these costumes,” says Moonshine’s Pierre Kwenders, who co-directed the video alongside Moonshine co-founder Hervé Kalongo. “We see all these perspectives. The collective works together embracing the theory of Congolese utopia, which resonates with Moonshine’s Afro-utopian vision.”

The visual is soundtracked by ‘Ginseng’, a new single from the Moonshine collective produced by Parisian producer, DJ and Boukan Records founder Bamao Yendé. The track is a sample of an album set to be released by Moonshine this year in partnership with FORESEEN Entertainment, which features international collaborations that mirror the sound of Moonshine’s parties, which are soundtracked by Congolese music, African house, electro funk and more.

“The essence of Moonshine came out of parties we used to throw in our kitchens,” Kwenders says of the party, which was founded in 2014 with Kalongo. “We felt like we couldn’t go out and find what we had cooked up in that kitchen. It’s one of the reasons we started Moonshine: to share that with more people who felt just like us, and who didn’t have access to such sounds or vibes.”

You can find more information on Moonshine at the collective’s website, and find music from its artists, including recent singles ‘Ginseng’ and ‘Malembe’ at Bandcamp.