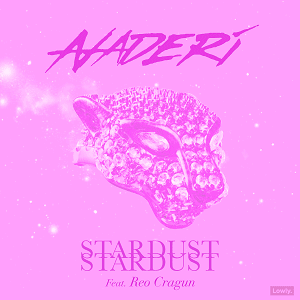 Musicmaker Naderi releases his newest single “Stardust” featuring alternative pop singer/rapper Reo Cragun. This is the second track off his upcoming debut EP as an artist. Those looking for some new faces to listen to, now is a perfect time. These artists are ready to wow listeners and future fans with this unique song.

“Stardust” contains an experimental sound that will be pleasing among electronic music listeners and R&B/Pop lovers. The song is a sensual track that talks about the undeniable attraction between two people. In the lyrics, “Fly on stardust” and “Get high on stardust” seems to be the equivalent of “sparks fly,” as Reo speaks on the intensive emotions among him and his lover. With it’s smooth bassline and slow tempo, listeners will be compelled to feel this powerful attraction in their own lives.

Naderi is known to have worked with many incredible artists in the dance music scene, including Flume, Alison Wonderland, and Marshmello. After spending time behind the scenes, helping artists such as these complete their albums, he decided to step out of the dark and come into the light by releasing his own original works. His first single release was “Too Much Smoke,” featuring Lil Traffic, which has 2 million Spotify streams since its initial debut.

Reo Cragun has previously worked with various artists such as Carnage, Flume, Kid Ink, G-Eazy, and more. He is known to create music from a variety of genres, such as indie, R&B, pop, electronic, and more. Listeners may recognize him from his recent collaboration with Flume on his single “Friends.” Since the release of this track, the singer/rapper is making huge waves in the music industry, creating a well-known name for himself.

Stay tuned for more releases by Naderi and Reo Cragun. Check out the new single below.