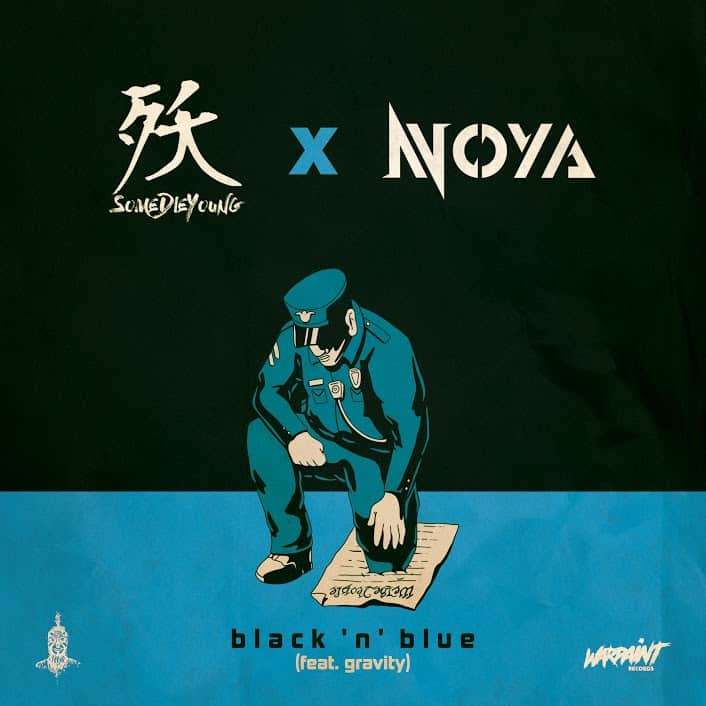 At the heels of a year-long hiatus, Warpaint Records returns with something important to say. As a climate crisis rages on alongside social unrest, the Covid-19 pandemic, and a globe-sweeping Black Lives Matter movement, it’s more important to speak up for what you believe in than it ever has been. With only 11 days until the presidential election, Warpaint just released the first installment to their forthcoming activist series. Noya and Some Die Young are the masterminds behind the thunderous first single, “Black ‘N’ Blue.” Sharing a rare kind of synchronicity with each other, the track is well-balanced and highlights their individual talents without compromising their musical yin and yang. The song’s pendulum swings between dubstep, trap, and rap courtesy of Gravity who lends his verses to deliver the track’s message. “Black ‘N’ Blue” denounces police brutality as Warpaint Records makes it clear where they stand on the issue of a militarized police presence in America. The song itself it challenges other producers to take a stance in a time when it’s all too easy to remain silent. Stay tuned for more from the label and listen to “Black ‘N’ Blue” today.