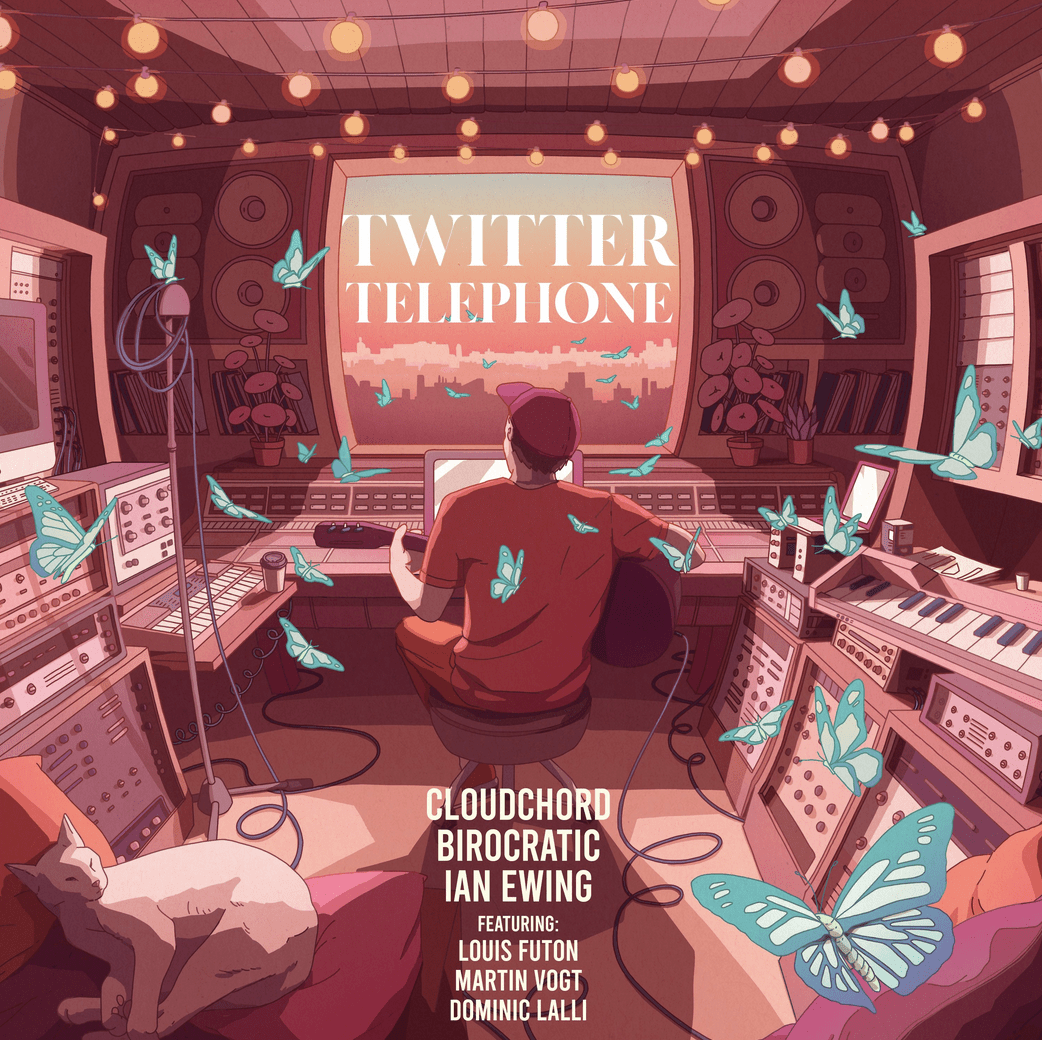 We’ve got something really special here! Electronic producers Dominic Lalli (1⁄2 of Big Gigantic), Martin Vogt , Louis Futon, Cloudchord, Birocratic, Ian Ewing and an emerging producer all teamed up via a Twitter conversation/mentions and replies in the middle of a pandemic to create a new super collaboration entitled simply “Pass the Beat.” The lo-fi hip hop infused chill electronic release shows off the best of all the different artists specialties and styles. The most refreshing part of this song, aside from the actual audio, is the fact that it shines light on some upcoming talent pairing it alongside some big name artists.

COVID-19 sent the entire world retreating into their homes; musicians, into their studios. Artists started the “Pass The Beat” challenge to connect with each other and collaborate in lieu of being in-person pre-COVID, be it on tour or at the studio. Twitter Telephone started when an emerging producer posted a stem on Twitter and tagged multi-instrumentalist Ian Ewing to take it off his hands. Ewing added drums, and nominated “hi-fi funk lord” Birocratic to add his special touch. Ian & Birocratic’s Chillhop labelmate Cloudchord added guitar, lap steel and some effects before passing it off to Louis Futon, the LA-based producer known for his remixes of contemporary hip hop and R&B tracks. Martin Vogt added his trademark piano skills and requested Dominic Lalli from Big Gigantic to finish the track off with his saxophone.

Check out “Pass The Beat” below now!