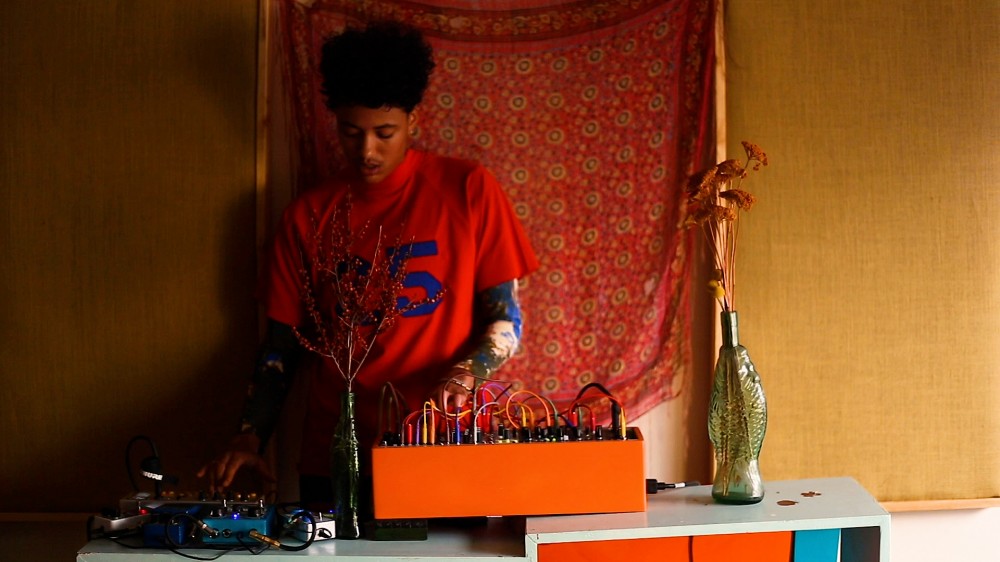 A soothing modular improvisation from the Oakland-based composer.

Imogen Teasley-Vlautin is a musician and multimedia artist based in Oakland, CA who works under the name Imogen TV. Teasley-Vlautin has scored films and installations that have shown at institutions such as the Smithsonian and Museum of the African Diaspora SF, and is currently working on their first album.

Last year, they began a series of modular improvisations on Instagram called the Orange Series, which showcased Teasley-Vlautin’s love of deep, meditative tones and chaotically mangled samples. The series was named after their own modular system, which is also called Orange.

“My modular synth is really simple, just a few modules, most notably a sample player/granular synth,” Teasley-Vlautin says. In this episode of Patch Notes, they combine Orange with a Critter and Guitari Pocket Piano and several effects pedals – overdrive, delay, pitch and freeze.

“I love integrating other instruments, sounds, and effects into my modular set up, sometimes modulating the synth with outside sources and effects, other times vice versa,” Teasley-Vlautin continues. “I often work by manipulating samples of my own sounds. In this case I played with a recorded sample of a toy piano, and I live sampled some of the pocket piano synth.

“I’m a drummer first, and a multi-instrumentalist, I produce songs and beats, and compose film music, so I approach synthesis with those hats. Whether I’m writing songs or working in other forms, I gravitate towards textures collaged from elements that come from different sonic worlds. I like dirty, saturated sounds and warm colors.

“If there’s a goal, it’s to craft a universe I can be in. I’m an introvert making music alone in my space. I’m drawn to forms of expression that require me to be loud. Music brings me out of my shell.”

You can Imogen TV on Instagram and support their work on Patreon.