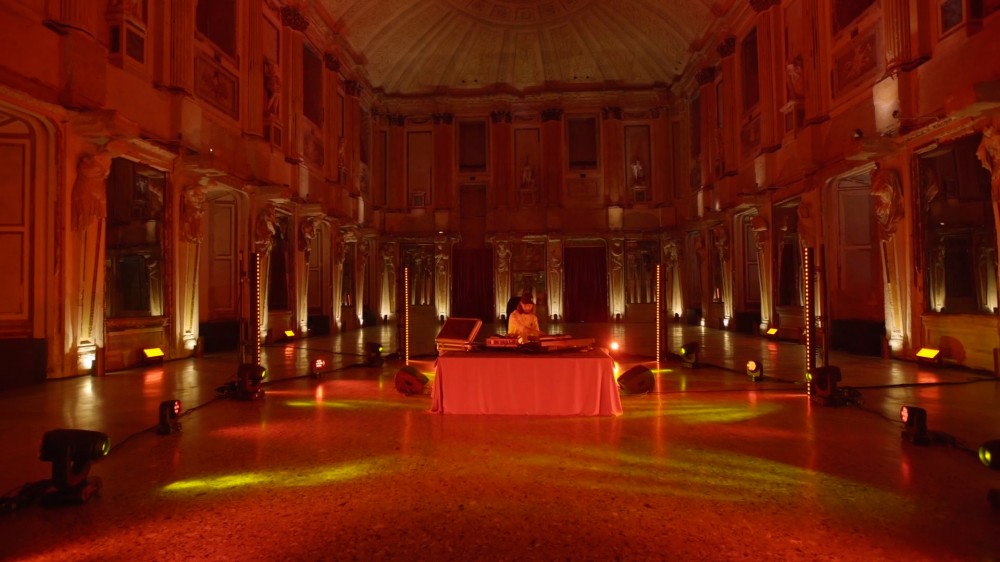 A special set from the Italian composer, originally shown as part of C0C and Stone Island Sound’s ‘The Festival as a Performance’.

XIII is the moniker of Alessio Capovilla, a Turin-based composer whose work over the past six years has experimented with tactile digital synthesis and field recordings to create otherworldly sounds that defy easy classification. Capovilla is also a co-founder of the Gang of Ducks label and last year collaborated with Anna Homler (aka Breadwoman) under his own name.

Earlier this year, Capovilla performed as part of a commission from C2C Festival and Stone Island Sound titled “The Festival as a Performance”, which took viewers through an immersive audiovisual trip through some of Milan’s most iconic locations. Capovilla performed a three-track suite titled Invrs Solaria, which was also released as an EP through Stone Island Sound.

On this episode of Patch Notes, we present a extract of Capovilla’s stunning performance in the Sala delle Cariatidi at Palazzo Reale, in which he uses samples, digital synthesis and the natural reverb of the space itself to create a musical suite that sounds almost tailor-made for the 18th-century architecture.