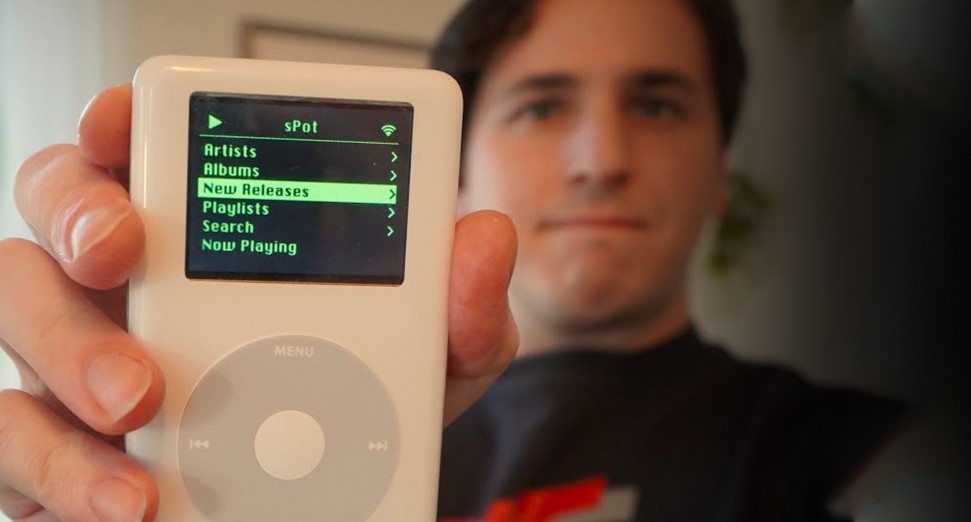 Techy tinkerer Guy Dupont has hacked an iPod Classic to stream directly from Spotify over WiFi, and even added Bluetooth connectivity to the iconic MP3 player. Users can use the classic click wheel to browse playlists and even Search the whole of Spotify’s library.

Dupont loaded the Classic with a Raspberry Pi W, which helped with the WiFi and Bluetooth, and added a new rechargeable battery, which gets its power over a new microUSB port. The 3.5mm port still remains, but it’s been made redundant – RIP to the iconic headphone jack.

Dupont calls his creation the sPot and if you’re handy with code and a soldering iron, you can make your own for around $100, plus a classic iPod. You can grab the code on GitHub and there’s a Hackaday post detailing the rest of the software needed. Watch the video below to see it in action.

For anyone who longs for the simplicity of the iPod but with the endless options of streaming, the Mighty is a handy iPod Shuffle-style player that sync playlists from Spotify and other streaming services to a small device, so you can leave your phone at home.