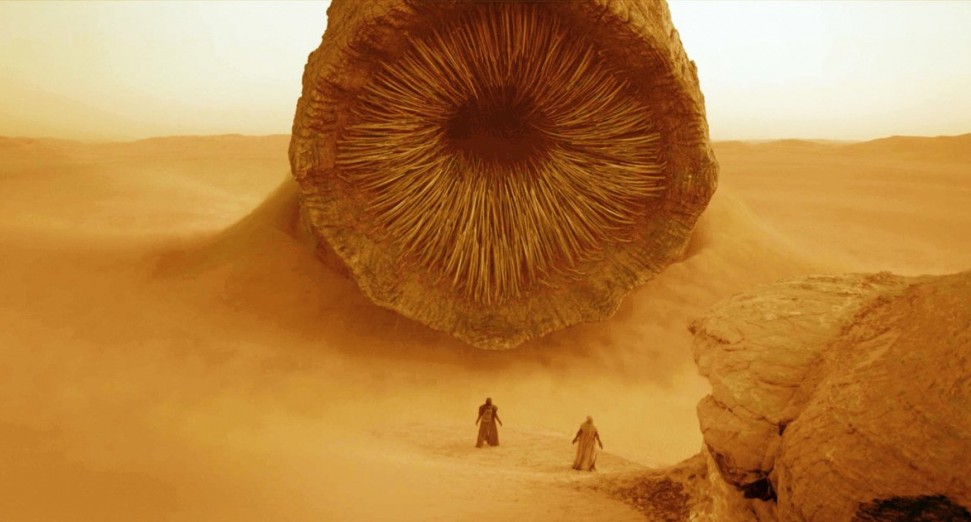 In order to achieve the highest level of realism and authenticity, a sound engineer opted to “swallow” a microphone in a bid to help perfect the noise made by the sandworm in the new sci-fi movie, ‘Dune’.

The Denis Villeneuve-directed remake of the 1984 adaptation of Frank Herbert cult 1985 novel has garnered rave reviews since opening in cinemas worldwide earlier this month. Praised for scope, special effects, cinematography and score, a recent interview with sound engineers Mark Mangini and Theo Green for Wired Magazine revealed some unique approaches employed beyond the scenes.

These include Mangini placing a small microphone in his mouth and inhaling deeply to create a realistic swallowing noise, which was then used for the scenes involving a huge, desert-dwelling worm-like creature found on the planet Arrakis — a beast large enough to digest an entire harvester whole.

Speaking about their approach, the pair explain the use of FDR — or Fake Documentary Realism — to try and break with sci-fi movie tradition and master for the most plausible audio effects possible for what is essentially a fantasy universe filled with unreal life forms. This also included recording sand moving in California’s Death Valley, which were then adapted and used to mark the sandworm approaching.

In other movie-related news, last week it emerged the London’s Printworks venue — currently in the midst of its autumn and winter events season — will feature in the new DC-produced superhero flick, ‘Batman‘.