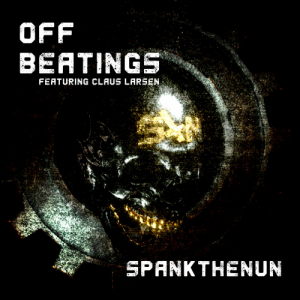 The first single off of EBM / industrial project spankthenun’s upcoming album “The Bunker Tapes Vol II” has recently landed. Not only is it available for streaming on spankthenun’s Bandcamp page, but the project has taken a further step as they’ve also released a remix EP for the single. The single itself is already off to a good start considering that it has the legendary and lovable Claus Larsen as the lead vocalist, but adding in remixes from the likes of Mirland, Eva X, our very own HOSTILE ARCHITECT, Batavia, and Rebel Empire shoots the remix EP into the stars above. It’s a bit of a dream collaboration featuring upcoming artists within the industrial and dark electronic scene as a whole, and it’s frightfully good.

The original version of the song is a bit of a minimalist piece; a thumpy industrial rhythm plays its hand as Claus Larsen matches the energy with his angry and gritty vocal set. Mirland’s remix thus begins the remix EP. It contains much the same energy as the original piece opting out of intense layers for stricter electronic control. The crisp electronics and elements of glitchy drum’n’bass are fun and on point. The masters of multiple dark genres, Batavia, are the second to take a stab at ‘Off Beating’. They introduce plenty of new synthesizers into the mix as well as laser-like background noises. They transform the song into a more accessible dance track without ever losing the original intent.

Next up on the roster is HOSTILE ARCHITECT’s remix of ‘Off Beatings’. In style with his other releases and singles, his remix consists of big beats and futuristic dance synths. Glitch work takes over mid-track reflecting his robotic alter ego and it’s a delightfully fun time altogether. Eva X comes in with a remix that defies the original mix. Eva X trades the stompy rhythms for guitar feedback, looping electronics, and an experimental eye. The final remix on the EP comes from Rebel Empire and they embrace old school EBM completely; a fast and frenetic remix featuring some additional vocals.

If my praise above isn’t enough to go off of then I can repeat myself in fewer words; the ‘Off Beatings’ remix EP is a stellar output from the remixers involved. spankthenun has gathered some of the finest talent from our independent dark electronic scene and assembled them under a similar banner. This is but a taste of spankthenun’s upcoming full-length album “The Bunker Tapes Vol II” which is out on October 27th, so be prepared for more.