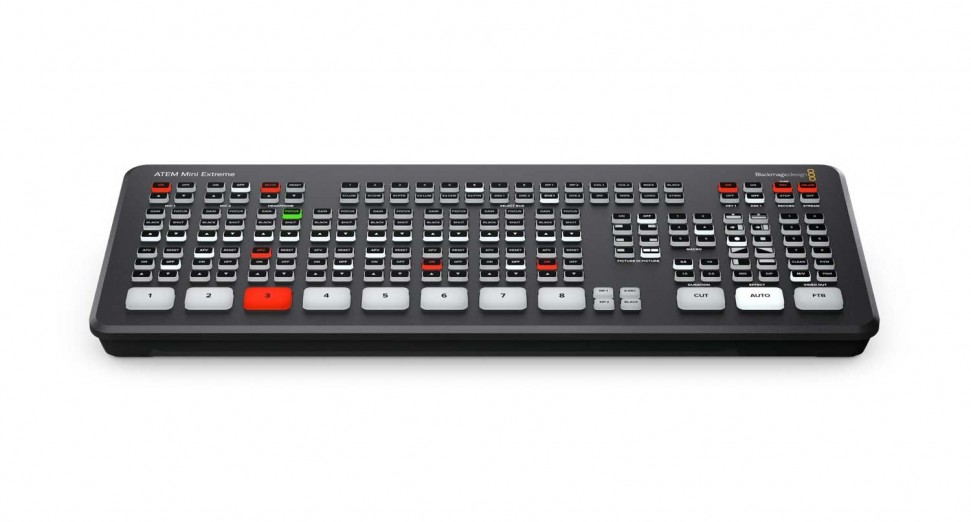 Blackmagic has launched a new eight-input live production switcher, perfect for streaming DJ sets and other live-streamed events. The ATEM Mini Extreme is the latest addition to the ATEM Mini range and has eight HDMI inputs, two outputs for monitoring and recording and two USB-C ports for recording straight to a hard drive or using the Extreme as a webcam. The Extreme also has two stereo 3.5mm mic inputs which can be switched to line level in software, perfect to connect to a DJ mixer rec out. There’s also a headphone out for monitoring.

The USB-C ports can also be used to tether to a mobile device to use 4G or 5G internet to stream directly from the device. 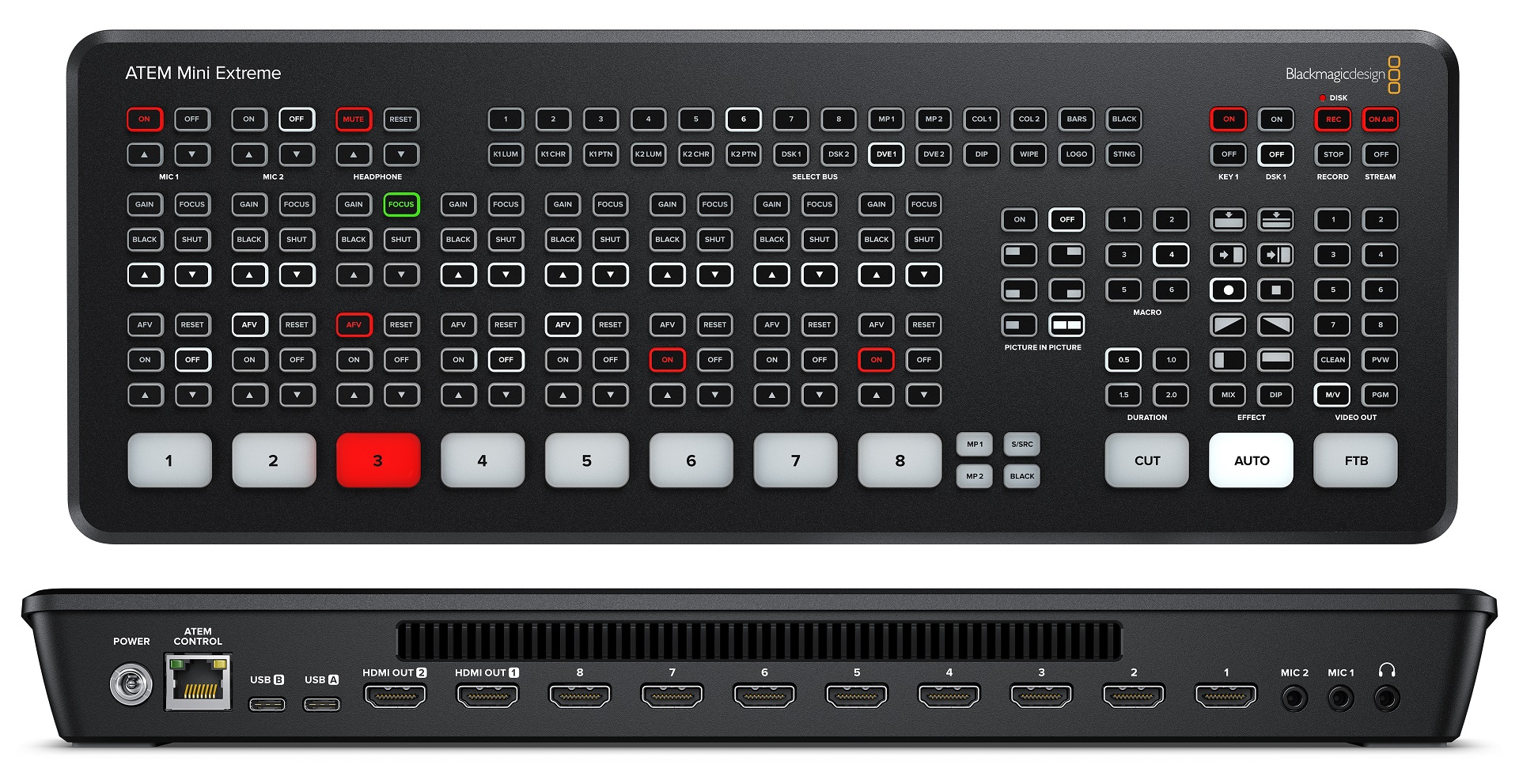 On top of the unit there’s a switcher button for each input, controls for connected compatible cameras, controls for fades, switching audio on and off, volume control for any audio vida HDMI more. Using the included ATEM software you can stream straight to supported platforms like Twitch, Facebook, YouTube, etc, without the need for a laptop. Also in the software is an audio page that lets you pan, tweak levels and even apply EQ to any incoming audio. You can also mute any inputs you want to leave off, such as mic signals on cameras via HDMI. There’s also picture-in-picture controls and different transition shapes between shots.

It’s a feature-rich piece of kit, and joins an already impressive ATEM range. The Extreme costs £769 exVAT, so it’s a bit on the expensive side if you’re just streaming from home. But if that’s the case you’re unlikely to need eight HDMI inputs anyway. For that, check out the ATEM Mini or ATEM Mini Pro, both of which have four inputs and start at £229.

For anyone taking streaming more seriously and want to step up their game, the Extreme offers a lot of features for under a grand. Find out more here.