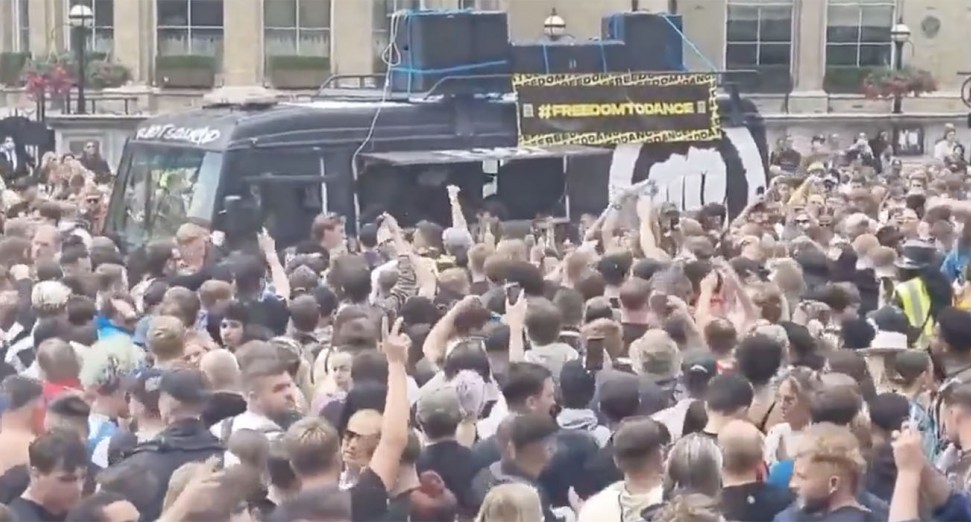 A Central London protest against the continued closure of the UK’s nightlife scene attracted thousands of music fans and scene figures over the weekend.

Taking place on June 27th, the #FreedomToDance protest, which was organised by a group called Save Our Scene UK, ran for eight hours, targetting the UK Government’s recent extension of some COVID-19 lockdown measures to July 19th, as well as a continued lack of support for the UK’s nightlife industry. The protest, which opened with a speech by DJ Judge Jules, had the backing of the UK’s Night Time Industries Association (NTIA).

A number of DJs performed across four vans which lined the march route, with the likes of Fabio & Grooverider, Alan Fitzpatrick, Eats Everything, and Hannah Wants all playing sets. A number of people held protest placards that included such phrases as “MEET ME AT THE CLUB”, “MUSIC IS FREEDOM” and “CUT SHAPES NOT CULTURE”.

However, the protest has also faced a considerable amount of criticism, with videos showing crowds of mainly maskless revellers engaging in a festival-like atmosphere, disregarding social distancing guidelines that continue to remain in place.

The protest has also been criticised for failing to set out particularly focused demands or a firm political standpoint. Some within the dance music scene have expressed the view that a protest would have been better off focusing on a need for better financial support of the nightlife scene from the government, rather than requesting the immediate reopening of all nightclubs.

A further criticism levelled at the protests’ organisers was its inclusion of a number DJs on the line-up who had played gigs in COVID hotspots during the past year. A tweet from Save Our Scene stated that those DJs would be removed from the line-up ahead of the protest.

London-based writer and DJ Mag contributor Ed Gillett tweeted live, and masked, from the protest on Sunday. He shared his feelings in a rolling thread across the day, which you can find here.

Cases of the COVID-19 Delta variant are continuing to fuel increasing infection rates in the UK, with 22,868 active cases of COVID-19 having been reported as of yesterday, up 12,235 from seven days before.

Read DJ Mag’s recent feature asking whether nightclubs really will be able to open in the UK on July 19th, here.

Tempered, I guess, by the total lack of mask-wearing or social distancing. Serious disconnect between the material realities of the continuing pandemic and people’s desire to party. Very little to distinguish this in atmosphere or intention from a normal rave.