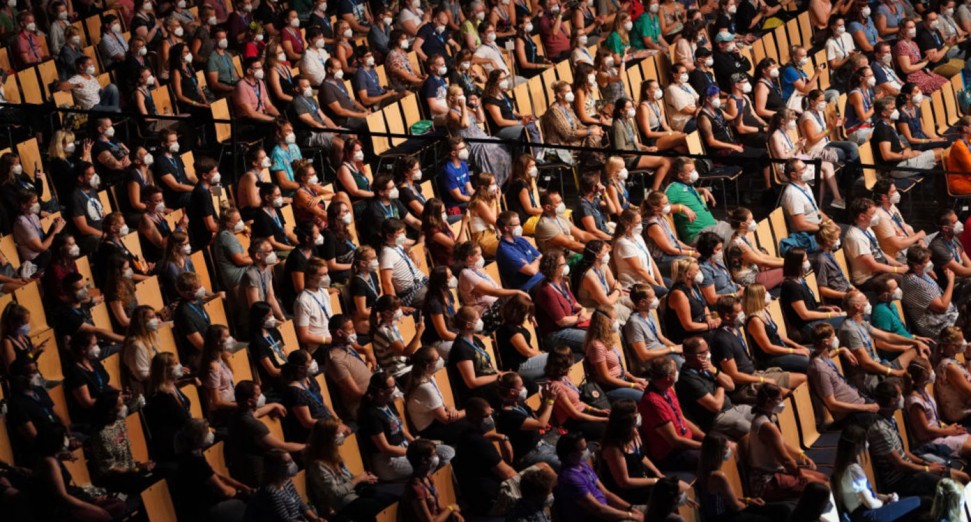 A series of concerts took place in Germany last weekend to investigate the risks posed by mass indoor events during the coronavirus pandemic.

The study was carried out by scientists from Halle University, and involved three successive gigs with 1,500 healthy volunteers aged between 18 and 50 in attendance. That was only a third of the number that scientists expected to take part.

Tim Bendzko, a German singer-songwriter known for his song ‘Nur noch kurz die Welt retten’, performed at the concerts, which you can see footage from below via NBC News. Speaking about his experience performing at the concerts, Bendzko said: “We really enjoyed it. At first I thought it would be very sterile because of the masks, but it felt surprisingly good. I hope that these results will help us to hold real concerts in front of an audience again soon.”

Scientists involved in the study said the concerts were put on “to investigate the conditions under which such events can be carried out despite the pandemic,” with each gig taking place under different conditions. The first of the three gigs aimed to replicate an event before the pandemic, with no safety measures in place. The second involved greater hygiene measures and some social distancing, and the third involved half the numbers of people, as well as each person standing 1.5m apart to observe full social distancing guidelines.

All of the volunteers were tested for COVID-19 before taking part, and were also given face masks and tracking devices to measure their distancing. Fluorescent disinfectants were also reportedly used to track which surfaces audience members touched the most. BBC News reports that the project received 990,000 euros (£892,000, $1.17m) in funding from the states of Saxony-Anhalt and Saxony.

Results from the study are expected to be available in autumn.

Earlier this week, a report in the UK co-ordinated by the Night Time Industries Association suggested a range of measures for clubs to begin opening again.

For more on how coronavirus is affecting the future of live music and events, read DJ Mag’s latest feature on the future of techno tourism.