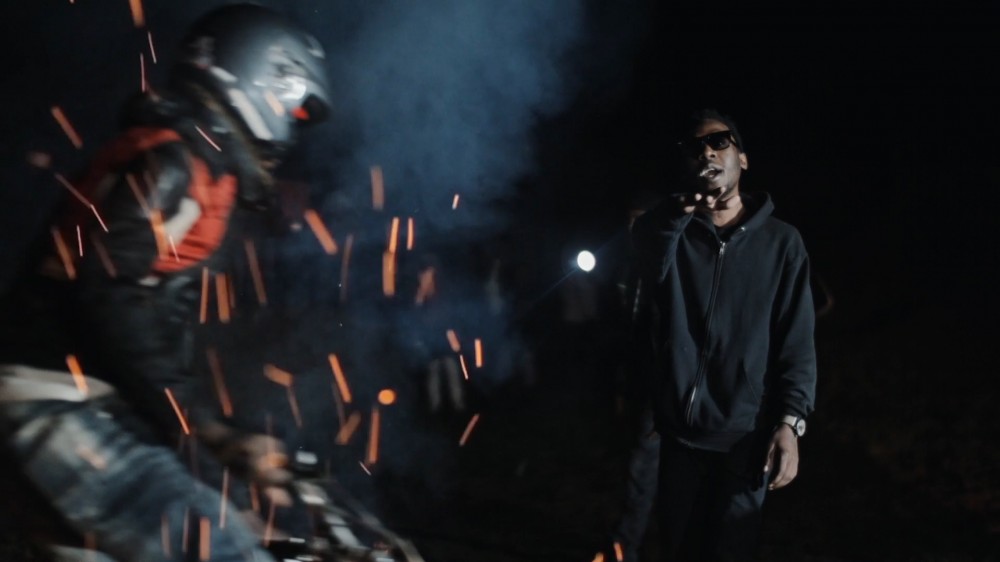 In the video for ‘Nkwaata’, the new single from Kampala-based rapper BLAQ BANDANA, motorcycles circle around the artist as he delivers his lines beside a campfire in the dead of night. The video is a uniquely Ugandan take on the rap video, which was directed and edited by Italian producer Simone Trabucchi aka STILL, who also produced the track as part of a new joint release between PAN and Nyege Nyege’s Hakuna Kulala label.

“The intention was to record as much as possible,” Trabucchi says of the project, which encompasses trap, drill, cut kuduro, electro and more. “It was a dialogue. I created the musical platform to make the singers confident, and challenged them at the same time. Working together accelerates ideas and reveals that nothing is your invention alone. That’s why KIKOMMANDO is a mixtape to me, and not an album.”

KIKOMMANDO was envisioned as a visual project as much as a musical one, with a ‘visual mixtape’ of videos for each of the tracks as well as a “recording diary”, where Trabucchi collects pictures, colours and textures into a book (featuring liner notes from Lamin Fofana) that documents the sonic palette of the mixtape itself.

KIKOMMANDO is released on August 6. You can pre-oreder both the album and the accompanying book at PAN’s Bandcamp. You can follow BLAQ BANDANA and Trabucchi on Instagram.