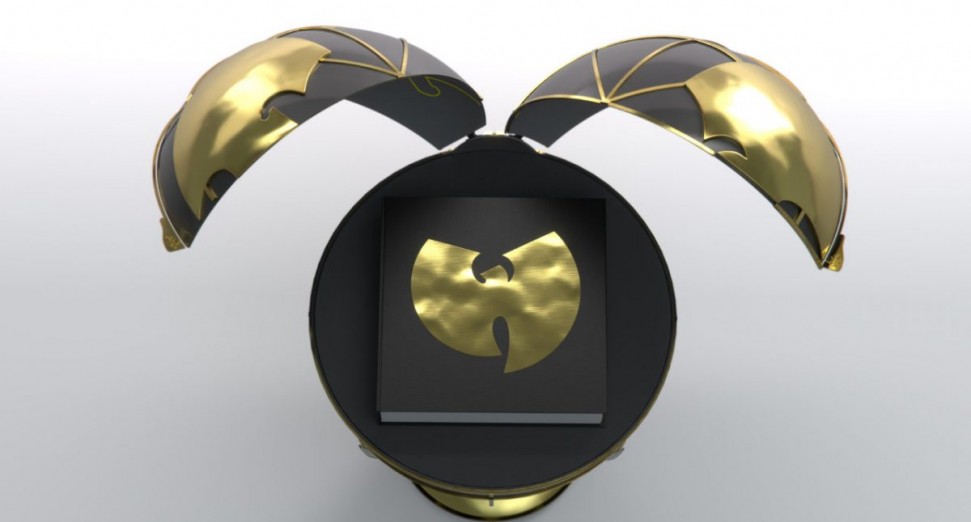 Wu-Tang Clan have revealed details of a brand new photobook.

Legendary hip-hop group Wu-Tang Clan have announced plans for a new, exclusive photobook titled Wu-Tang Clan: Legacy,  which the outfit are calling “the biggest and rarest book in the history of hip-hop”.

Limited to 36 copies — in reference to the group’s debut album ‘Enter The Wu-Tang (36 Chambers)’ — Wu-Tang Clain: Legacy will come in its very own bronze-encrusted steel chamber, weighing 181 KG. The case is inspired by the ancient past and the bronze ritual bowls of the Zhou Dynasty, whose first ruler was King Wu-Wang.

Speaking about the book, Wu-Tang’s manager, John Mook Gibbons, said: “from conception to the present day, this is the story of the undisputed greatest Hip Hop group of all time being unveiled through rare and never before seen photos.”

No price or released date has been announced for the book yet, but you can sign up to find out about priority access via the Wu-Tang: Legacy website.

In October last year, Brooklyn-born rapper and Wu-Tang member, Raekwon, revealed that he will be releasing his memoir in the form of a book in 2021.

Earlier this week, it was announced that Wu-Tang’s Ghostface Killah and Raekwon would go head to head in the next Verzuz rap battle.