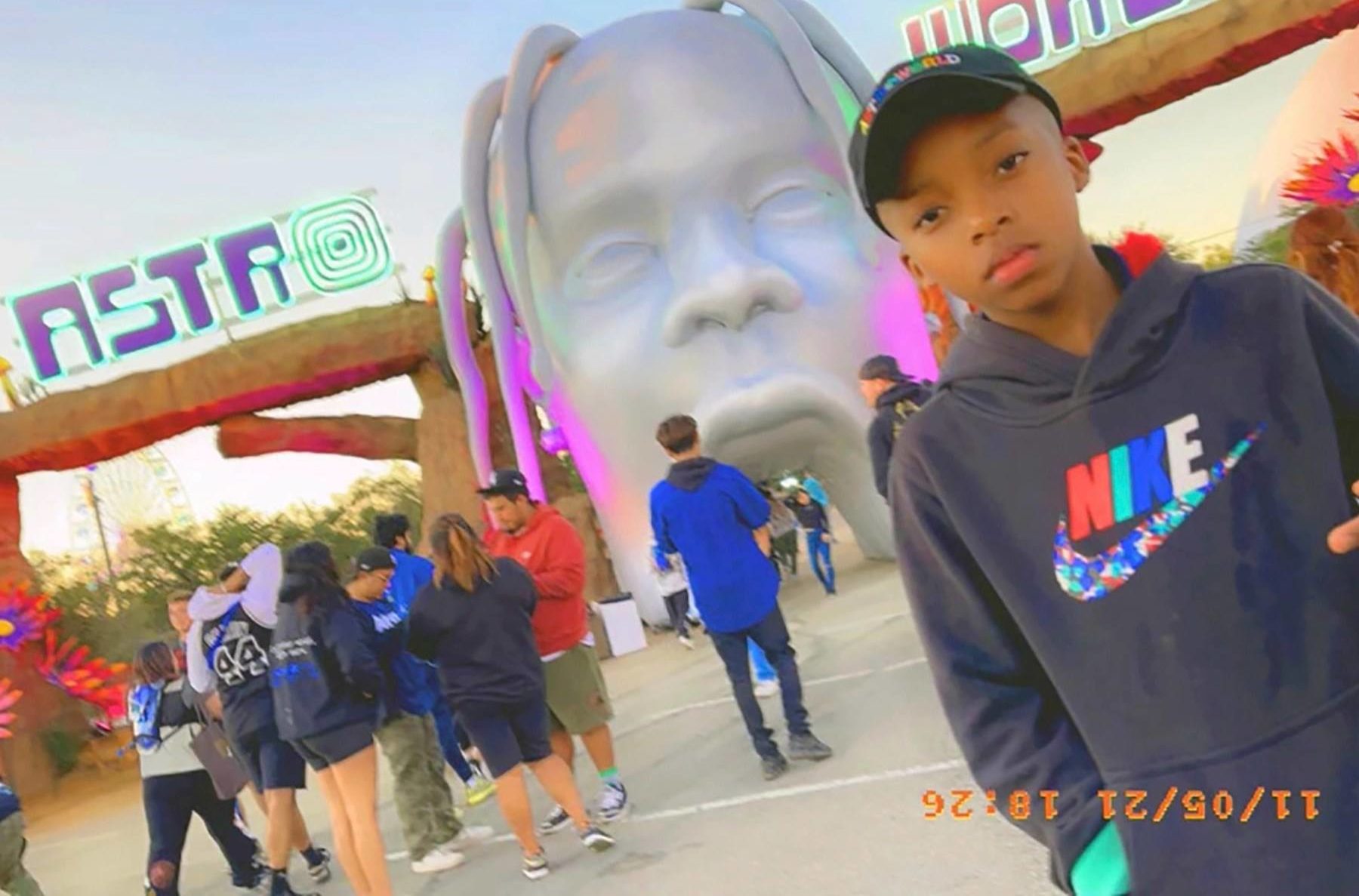 A nine-year-old boy, named Ezra Blount, has died from injuries he sustained from Astroworld.

Ezra Blount died on Sunday (14 November), according to the family’s attorney Ben Crump. Blount was in a medically induced coma after suffering liver, kidney and brain trauma. He attended Astroworld on 5 November with his father, Treston Blount.

Ezra Blount’s grandfather, Bernon Blount, told CNN: “When my son went to the concert, he had my grandson on his shoulder. All the people pushed in and he could not breathe so he ended up passing out because of all the pressure that was being applied to his body. And when he passed out, Ezra fell off his shoulder and fell into the crowd.”

The death toll from the fatal concert has now been raised to 10. A statement from Crump reads: “The Blount family tonight is grieving the incomprehensible loss of their precious young son. This should not have been the outcome of taking their son to a concert, what should have been a joyful celebration. Ezra’s death is absolutely heartbreaking. We are committed to seeking answers and justice for the Blount family. But tonight we stand in solidarity with the family, in grief, and in prayer.”

NEWS ALERT: @AttorneyCrump, co-counsel Alex and Bob Hilliard, and Paul Grinke have issued a statement expressing deep condolences for the death of Ezra Blount, a 9-year-old who was trampled and catastrophically injured at the Astroworld Festival. pic.twitter.com/GInPXgjfg3

Blount’s family are among those who have filed lawsuits against Scott, Scoremore Mgmt and Live Nation Entertainment.