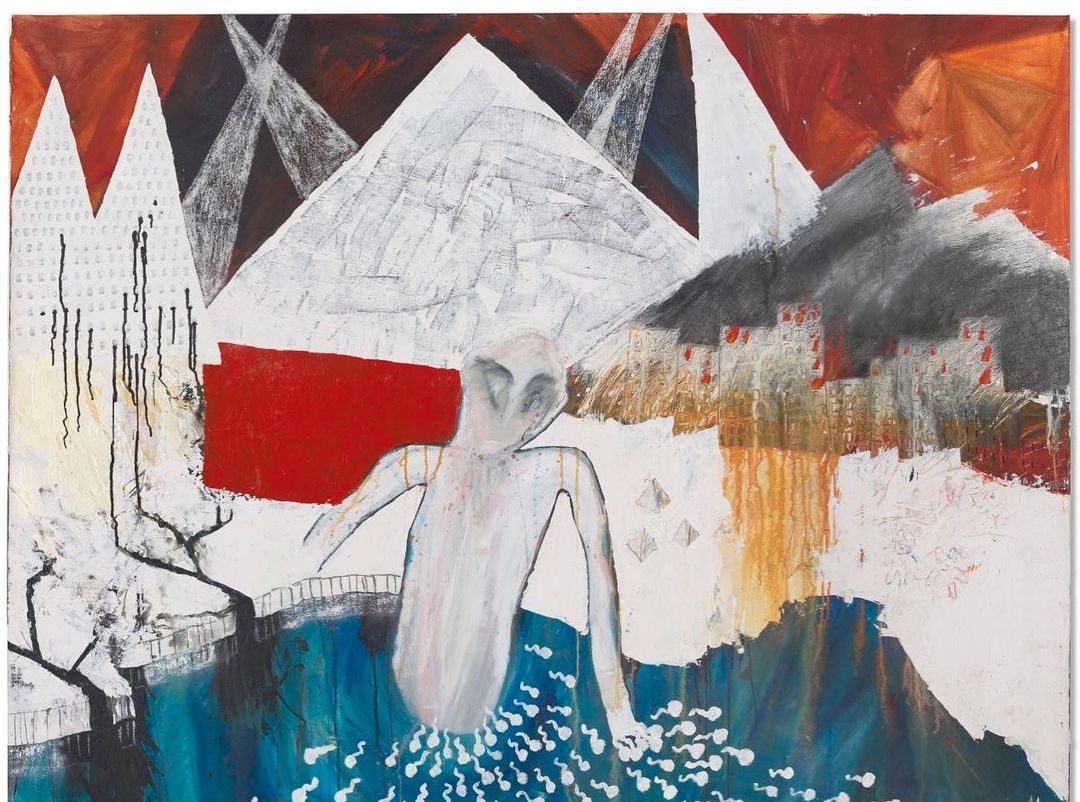 Thom Yorke has partnered with Christie’s to present works by artist and Radiohead collaborator Stanley Donwood.

Six dystopian paintings created for Radiohead’s seminal 2000 album Kid A are going up for auction.

The six pieces were created by Stanley Donwood, the UK artist behind Radiohead’s album covers since 1996’s The Bends. The paintings were created between 1999 and 2001 and are “closely related to the final cover and sleeve art for Kid A”, reads an auction statement. The auction titled ‘How to Disappear Completely’ – a reference to the Kid A track.

They’ll go on public display at Christie’s London headquarters alongside other “drawings, letters and digital art” co-curated by Thom Yorke and Donwood from 9 to 15 October. The online auction will run throughout these period as well. Estimates for the paintings begin at £10,000 ($13,810).

Yorke and Donwood first met while at university in Exeter. Speaking on the process behind the Kid A cover art in a statement, Donwood says: “Very late one night Thom and I were alone in the vast wastes of Oxfordshire, surrounded by darkness and trying to finish the artwork. It was impossible – we had made too much, too many pictures, and it was like being in a storm of ideas and drawings, paintings and texts. We were exhausted and could no longer think clearly.”

“We had lots of versions of the front cover, all with different pictures and different titles in different typefaces,” he adds. “We couldn’t work out which was the right one so we took them all downstairs and used tape to stick them to the cupboards and the fridge in the kitchen, hoping that in the morning the right cover and the right title would be obvious. And it was, and it was called Kid A.”

On 5 November, Radiohead will release their Kid A Mnesia joint reissue with album artwork supplied by Donwood. The three-album collection marks the anniversaries of Kid A and Amnesiac, which turn 21 and 20 this year. It will also include a new album comprised of previously unheard material from their sessions, including tracks If You Say the Word and Follow Me Around. The release will land alongside a new virtual exhibition.

Back in January, Radiohead’s demo tape from their school band days went up for auction.

Find out more about the Christie’s auction here and revisit the Thom Yorke cover story.