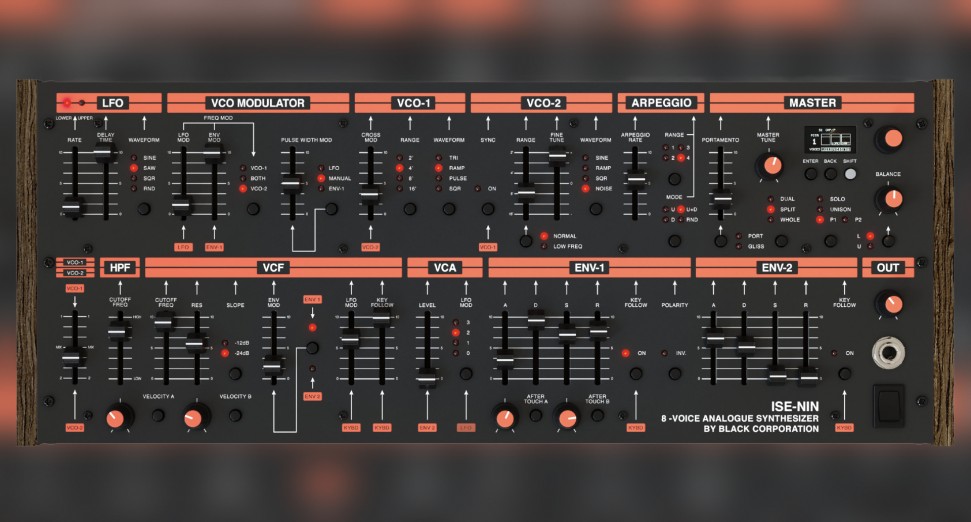 Black Corporation is re-making a classic polysynth in the form of a new hardware device, the ISE-NIN. Based on Roland’s classic polysynth the Jupiter-8, the new synth is a rackmount unit with an almost identical layout to Roland’s revered poly, with an extra screen and some modern features like MPE and micro-tuning. No specs have been released for the new synth, which was posted on Black Corporation’s Instagram account on Monday May 31st, it seems to feature most of the same features with two oscillators, two envelopes, arpeggio, LFO and VCO modulation section.

Previous Black Corporation synths include a clone of Yamaha’s classic CS-80 called Deckard’s Dream, a reference to the Blade Runner soundtrack that featured the synth heavily. According to the company’s Instagram, its users include Flying Lotus, Trent Reznor and Ricardo Villalobos.

No price has been indicated for the ISE-NIN, although pre-orders are due to start on Black Corporation’s website this week.