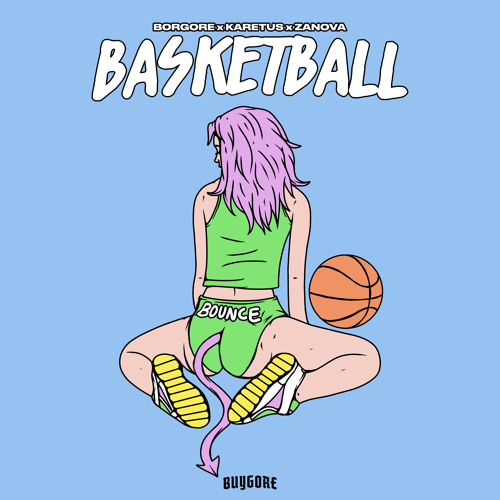 Borgore loves being idiosyncratic, known for “Unicorn Zombie Apocalypse” and the controversial “Decisions” along with Miley Cyrus. His style mostly falls in the explicit spectrum, with songs focused on being “hard-erotic” like “Tetris” or “100s” but with astonishing drops like “Petty (VIP)”, a favorite of mine from him. He teamed up with the up and coming Karetus and Zanova to bring back those appealing and catchy vibes, especially on the lyrics.

First of all, while writing these down, I noticed that it is probably a remake of “Turn Up”, a song he made with Carnage almost seven years ago. The drop is very similar, with an additional work on the sound being grittier. But it is SO REPETITIVE… Yes, you read that in capital letters.

The trio surprised me with a pitched up vocal, which adds further flavour. It embeds an extra point to the repetitious vocal. The third segment is splendid, having a brisk and faster pace because it reminded me of Jauz’ old-school numbers like “Alpha” with its fast rhythm, kick and claps. The duration is however worth mentioning: “Basketball” barely lasts two minutes and feels somewhat too brief. It is unfortunate how most tracks are short nowadays, ranging about mere 2 minutes.

Nevertheless, Borgore made an enjoyable instrumental, suitable enough for parties even if generic and repetitive in the long run. It is a nice experiment trying to combine trap and Moombahton, but sometimes, it doesn’t perform as well as imagined.