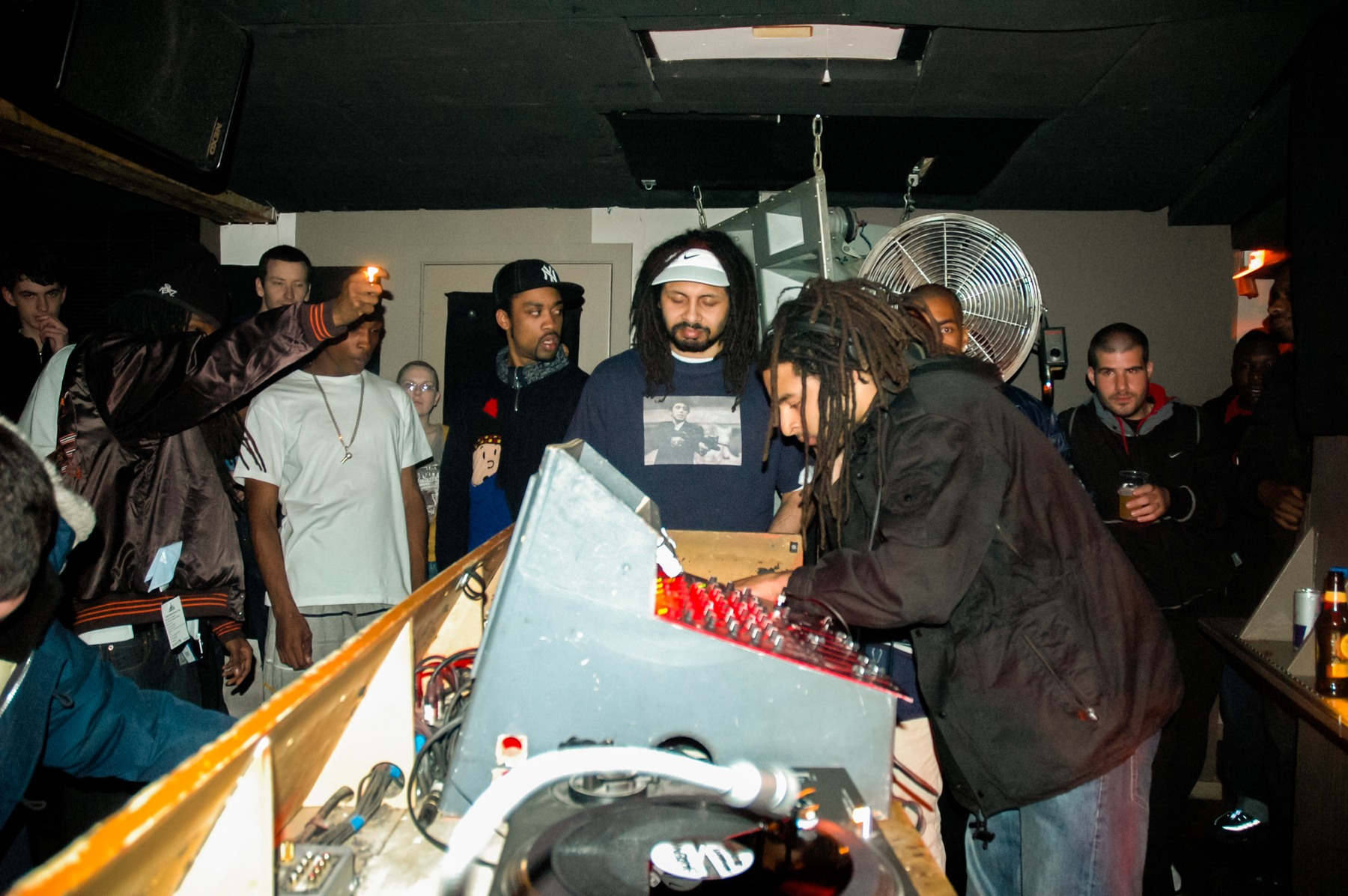 The 220-page book features over 150 photographs chronicling the mid-00s dubstep scene in London.

London-based artist and photographer Georgina Cook has launched a crowdfunding campaign in the hopes of printing a new photo book that spotlights London’s dubstep scene between 2004 and 2007.

Entitled Drumz Of The South: The Dubstep Years (2004-2007), it takes its name from Cook’s blog Drumz Of The South. The book features a selection of iconic images captured by Cook during dubstep’s formative years, with portraits of Digital Mystikz, Loafah, Burial and Skream nestled alongside photos taken at club nights such as FWD>>, Skull Disco and DMZ. A number of previously unpublished shots are also included in the 220-page book.

The book’s been designed and art directed by Alfie Allen, while Make Some Space author Emma Warren has contributed a foreword. Drumz Of The South: The Dubstep Years (2004-2007) also includes handwritten maps and notes penned by Cook during these years, alongside samples of original Drumz Of The South blogposts.

“The book has been an idea in my head for a really long time,” Cook tells Crack Magazine. “I think the first iterations of it were back in 2008 or 2009, when I was studying Fine Art at Croydon college. Over the years, I’ve sat down, tried laying the book out, done various sequences on various walls of various studios that I’ve had, but it’s never gone any further than that. In the past year, I really started to take the idea of doing a book seriously. I think that was partly because I turned 40! That really made me think about what my priorities are in my life, but also my creative life. This book was the one project where I was like, ‘I’ll be really unhappy if I don’t make this’.”

Cook adds that she’s excited for the “older dubstep crowd” to see these photos pulled together in book form. “For them, I hope that it will look like a family photo album,” she says. “It won’t look like that in terms of the way it’s been designed, but the fact that everyone’s in there…well, nearly everyone – there were a few people that eluded the camera!” She hopes that younger fans who missed out on the nights photographed can engage with the book on a more historical level.

The Kickstarter campaign launched yesterday afternoon and will run until 16 September. Cook aims to raise £20,00 to cover printing costs, with a plan to fulfil all book orders by December. If the campaign raises more than the £20,00 goal, the extra funds will go towards an in-person event and additional volumes of the book.

Find out more about the project and donate to the campaign here.

A post shared by GC aka Drumz Of The South (@drumzofthesouth)