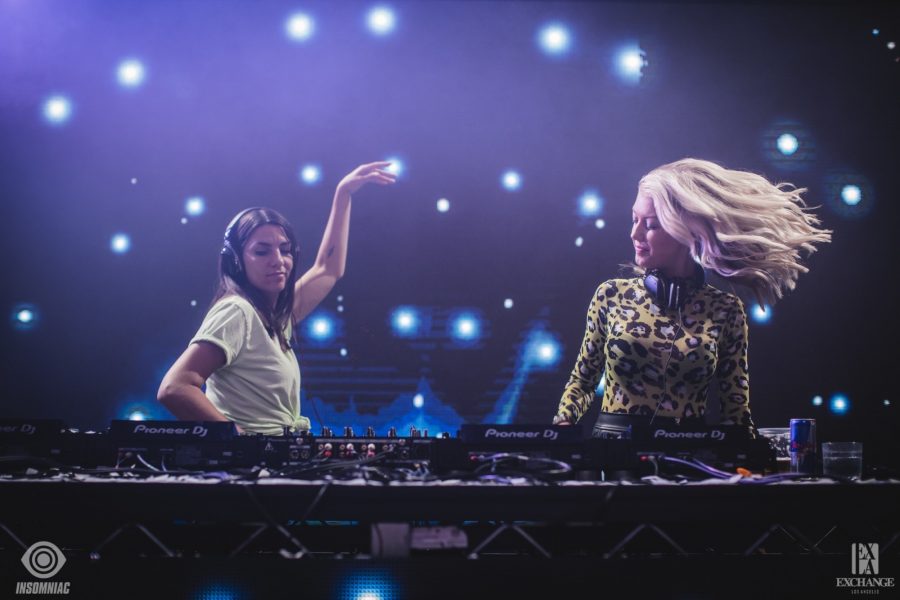 What is going on dance music fans! Welcome back to yet another fantastic piece in our Artist of the Week Series! We are featuring G-House gurus, No Pants Party for our next installation in the greatest up and coming series of dance music on EDMsauce.com!

Long time friends Jamie Hanrahan and Kiraleigh Bohannon make up DJ duo ‘No Pants Party’. For the party-loving, house music fanatics, making the move from their home in Seattle, WA to Los Angeles was absolutely crucial to their current success, the pair instantly blowing up across the city’s vast nightlife empire. The cheeky collective became a fixture on LA’s club circuit, performing at acclaimed venues such as Exchange LA, Academy and Sound as well as major festivals and events across the USA including Groove Cruise, the KROQ tent at Coachella and Countdown. Not even lockdown has stopped the pair, their ‘Hangover Club Radio’ mixes providing a vital lifeline to fans of their unpretentious, no-holds-barred, high energy tech- house music.

No Pants Party’s affinity for infectious basslines, energetic percussion and playful vocal samples has proved to be the secret to their ability to captivate dance floors whether that be with their sets or their music releases which have already been signed to labels including Toolroom, WyldCard, Krafted, Late Night Munchies and OFDM. Recent Wyldcard releases ‘Concentration’ and ‘Out Of Control’ have charted on Beatport’s Tech House Hype Chart at #19 and #11 respectively, underlining No Pants Party’s growing stature within the scene.

Jamie Hanrahan and Kiraleigh Bohannon line up alongside the likes of Carl Cox, Hot Since 82, Oliver Heldens, Tensnake and label boss Mark Knight on the sophomore edition of Toolroom’s ‘House Party’ series, out for pre-order today (July 24th) and released on all platforms on August 7th.

The fun-filled ‘House Party’ series debuted in April 2020 and became an instant hit with both house music lovers and Toolroom fans. August’s stealthy, sophomore edition delivers a regal compilation of Toolroom hits for the year to date, showcasing a wealth of exclusive material and global talent for music lovers in need of their summer hit fix.

‘Never Knew’ delivers from the moment the needle drops, packed with massive basslines and an insane amount of rolling groove. Each giant build-up fuels overwhelming anticipation, each intense drop leaves the listener pining for a heaving festival dancefloor. With its high energy and sunshine-doused vibes, it’s no surprise ‘Never Knew’ instantly grabbed the attention of the Toolroom family.

The track also marks the pair’s growing relationship with UK house music favourite Vanilla ACE. Having seen their success with releases on Krafted, Late Night Munchies and OFDM, he signed No Pants Party’s original single ‘Concentration’ to his WyldCard label, then delivered a huge edit of their track ‘Out Of Control’ which swept up to #11 in the Beatport Tech House Hype Chart.

Following on from ‘Never Mind’, No Pants Party have more music productions in the pipeline, including a highly anticipated remix on WyldCard set to drop soon. Fans used to seeing them rule the roost at venues like Exchange LA, Academy and Sound, and at festivals including Groove Cruise, Countdown and Coachella’s KROQ tent, can get their COVID-era No Pants Party fix from the pair’s ‘Hangover Club Radio’, where the girls dish up a vital lifeline of unpretentious, no-holds-barred, high energy tech-house and G-house music.