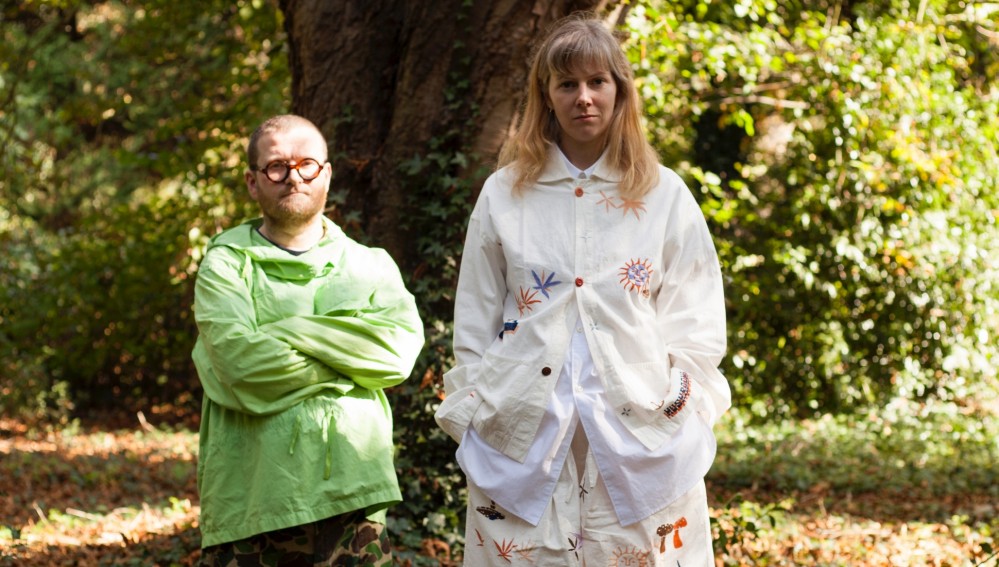 “Something to move to and think with.”

For our final mix of a relentlessly difficult year we can think of no greater duo to see us into a new, hopefully brighter one than Time Is Away. We’re sure our sentiments will be shared by those who, like us, have sought solace, inspiration and joy in Elaine Tierney and Jack Rollo’s monthly NTS show. Each transmission unfolds as a finely wrought collage of spoken word and a spectacular record collection, part mix, part soundscape, displacing the listener in both space and time. Tierney and Rollo were also responsible for one of our very favorite releases of the year in the shape of Ballads, a spellbinding selection of songs of varying shapes and sizes that together present a somnambulist listening experience every bit as unknowable, uncertain and nostalgic as those months spent rediscovering the music of our youths in the toughest months of the lockdown. At once familiar and undiscovered, Ballads was the soundtrack, both literally and spiritually, of a displacement of a different kind, out of time, out of space.

Tierney and Rollo pull off a similar trick during their Fact mix, which they’ve entitled ‘Column Break,’ seeing the selectors adding the texture of their radio shows to a session of music for dancing. “This mix, recorded during December 2021, is our attempt to grapple with what has been an anxious and difficult year for everybody,” they explain. “Moments of ecstasy and release rub alongside closed loops of doubt and worry and a feeling of collective dread. It also represents an attempt to reconcile the dense layered approach we take to our radio program with the kind of open-ended dance records we might play in a club. In this way, it is a tribute to consciousness-expanding and time-dilating collaged mixes we listened to obsessively as teenagers in the 90s. Mixes, like Coldcut’s ‘70 Minutes of Madness’ or Warp’s ‘Blech’ tape, that ignored tempo and genre and revelled in odd combinations and dreamlike jump cuts. That’s not to say that we have achieved anything as complex or beautifully made as those mixes but just to give a feeling of what we have reached towards.”

“This year, as the flow of night life has stopped and started, thinking about dancing, together or alone, has mattered. Hopefully this mix might provide a key: something to move to and think with.” As we’re faced with yet another period of isolation and angst, music to move to and think with, both together and apart from those we love, becomes more and more essential. The weird intimacy of video calls and kitchen dance parties is perfectly evoked by the gently seismic groans and heartbreakingly beautiful vocals of Eylül Deniz’s ‘Rubyat,’ the melancholy IDM stomp of Beefcake’s ‘Comp. 03 Marisella’ and the skittering majesty of the best Björk remix we’d never heard. Doc Scott’s essential take on lysergic ambient techno legends System 7 is the afters tune we’ve always wanted to hear, while the sexy shuffle of Fruit Of The Loop’s ‘S*Explore (Boy You Turn Meex)’ melting into the gossamer skip of Laurence Rassel & Terre Thaemlitz is the introspective, tears-in-the-club turn we’re always hoping for.

Slowing Aphex Twin’s remix of Curve’s ‘Falling Free’ to a slightly wine-drunk crawl before speeding up To Rococo Rot’s Gigi Masin-sampling ‘Die Dinge des Lebens’ to an uplifting chug evokes the continual contraction and expansion of time symptomatic of rolling lockdowns, a narcotic pace picked up in the prog trance pulse of Transform’s ‘Never Back To Earth’ and the wonky lollop of

Kelshure’s ‘Life Of A Hustler (Version)’. The ambient mix of Kirsty MacColl’s underrated hit ‘Walking Down Madison’, which excavates her haunting delivery from underneath Johnny Mar’s overdriven riffage, signals a jaw-dropping, legitimately thought-provoking intermission, before winding back up into ’90s trance from Life Form, melodic jungle released earlier this month from Harmony, a coda from Armenian legend and duduk master
Djivan Gasparyan and a familiar refrain from
Eduard Artemyev’s iconic score for Andrei Tarkovsky’s Stalker. This is how dancing through a pandemic has felt for us, music to move to and think with.

You can catch Time Is Away every month on NTS. You can also tune in to Jack Rollo’s morning show every Friday. You can follow Time Is Away on Instagram.